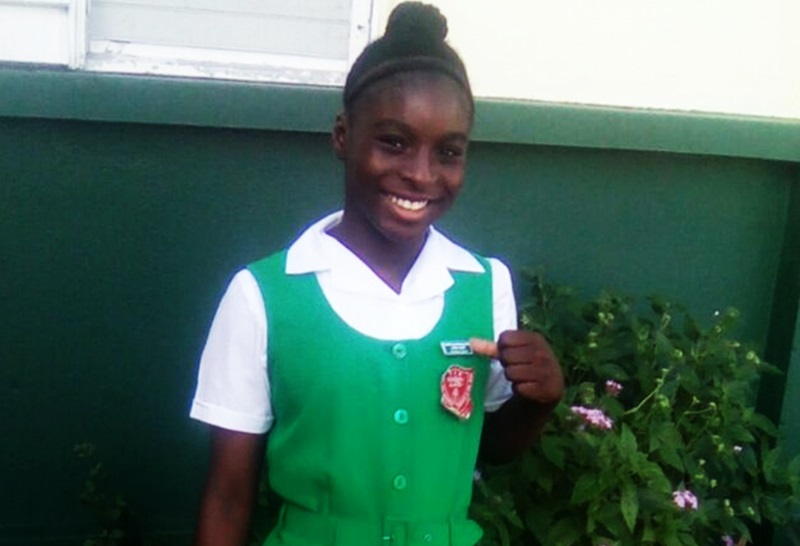 Head girl at Point Hill Leased Primary School in St Catherine, 11 year-old Vanessa Davis, has proven that she is not only a leader.

She is an academic force with which to reckon, as proven by the impressive grades she attained this year in the Grade Six Achievement Test (GSAT).

With an average of 95.8 percent, it is not surprising that Vanessa got her first choice – St Jago High School, located in the country’s old capital.

“I feel overwhelmed, but not surprised. I had the mindset of attending St Jago High School, hence the necessary preparations were made,” said the top performer at the school where Shernette Powell is principal.

Vanessa has brought tremendous pride to her community, Mendez.

“From a very tender age, Vanessa expressed her love for books,” said her mother. “Vanessa is a loving person who works well with others and participates in extra-curricular activities.”

The all-rounder, who has a knack for writing and drama, also represents the institution externally at Bible Quiz and Math competitions.

“Vanessa is the epitome of hard work and dedication,” said her GSAT teacher Nicholet Brown. “She is a true leader who assists her peers who are struggling.”

Brown, in an interview with Jamaica Beacon, said preparation for GSAT was rigorous. She however ensured that students remained motivated to do well.

“The students were exposed to best practices, extra lessons and field trips,” Brown explained. “I assessed them regularly to ensure they transcended barriers quickly and were ready to move to the next level. In the class, I also mounted a honour roll called ‘Meet the Stars’. On it, I placed the names of the students who achieved high grades.”

Brown, who was awarded ‘Teacher for the Term’ once last year, said she harbours great expectations as her students gear up for secondary school.

In relation to her top performer, she said: “I expect Vanessa to matriculate and maximize her true potential in secondary school. She has the ability to maintain high grades and has the right attitude. The sky is the limit for her.”

From makeshift table to tennis champion, St Mary’s All Age