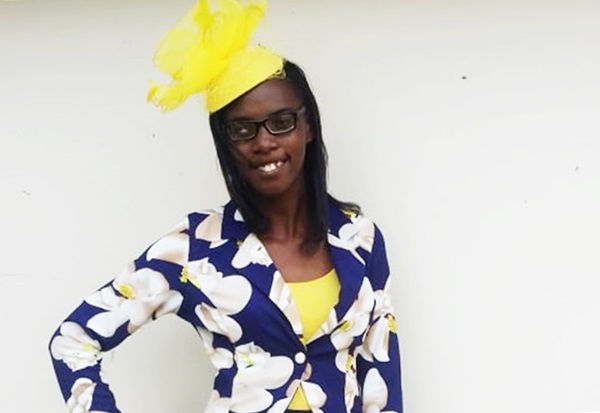 Shauna-Kay Douglas from Blackwoods district in Clarendon was born near-sighted, seeing about 60 percent from one eye and virtually nothing from the other.

As a result of her impairment, she spends a lot of time learning her environment, as well as counting and memorizing her footsteps.

At school, for example, Shauna-Kay knows the number of footsteps required when travelling between her dorm and her classrooms. That knowledge empowers her, especially in terms of travelling.

“I am not walking by sight; I am walking based on my memory,” she told The Beacon.

“Even if I am going to the shop for stuff, I have to rely on my memory more than my sight. So, what I do is count the steps going into a building… If you see me for the first time, you would figure out that I have a challenge. If you see me at the same place the second time, you wouldn’t know [I have a challenge] because I would have mapped out in my head the place and stuff like that,” Shauna-Kay added.

She stated that, over the years, one of her biggest challenges was to see the blackboard at school. “Being extremely near-sighted made my life difficult growing up because, at school, I couldn’t see the board. I also couldn’t participate in certain activities,” Shauna-Kay recounted.

She overcame those challenges partly by borrowing notebooks; some teachers provided her with specially prepared material.

A past student of Mount Liberty Primary School and Edwin Allen High in Clarendon, Shauna-Kay eventually attended Church Teachers’ College, where she attained a diploma in Teacher Education – majoring in Spanish.

She is now enrolled at Bethel Bible College, pursuing a degree in Theology and a minor in Guidance Counselling.

Shauna-Kay, who was baptized at age 14, and who worships at Blackwoods New Testament Church of God, intends to become a full-time pastor, spreading the word of God globally in different languages.

She is a lover of languages, having studied Spanish and basic French, and is now studying Hebrew and Greek at school. “I will be able to not only reach the English-speaking Caribbean for God; I could go into Spanish-speaking countries and others as well,” she said.

While seeking ways around her challenges, Shauna-Kay developed a penchant for public speaking. She relies heavily on her extraordinarily sharp memory, especially in making good use of quotations, statistics, and other information researched.

“That [winning] speech; I did it from my head. I entered at the parish level, the regional level, and won at the national level,” she told The Beacon.

Shauna-Kay, who is single, said she has supportive relatives, partly because she is not the first member of the family to be near-sighted.

Her father, Lloyd Douglas, also had the visual impairment.

Shauna-Kay, 28, lost her father when she was 18; she was 24 when her mother Teresa Douglas passed away.

Despite the death of her parents and the many other obstacles she encountered, Shauna-Kay has managed to defy all odds. She’s a success story.

“It doesn’t matter how you were born, but you do have control over how you react to it. Find the strategies that work for you,” Shauna-Kay advised.

“God is strategic. What you might lack in some areas, he makes it up in another area. Although I have a severe sight challenge, I have a good memory, and I am grateful to God for that,” she further said.

3 charged for guns in Spanish Town

Golding fears disunity, tells candidates in VP race to be like Bunting