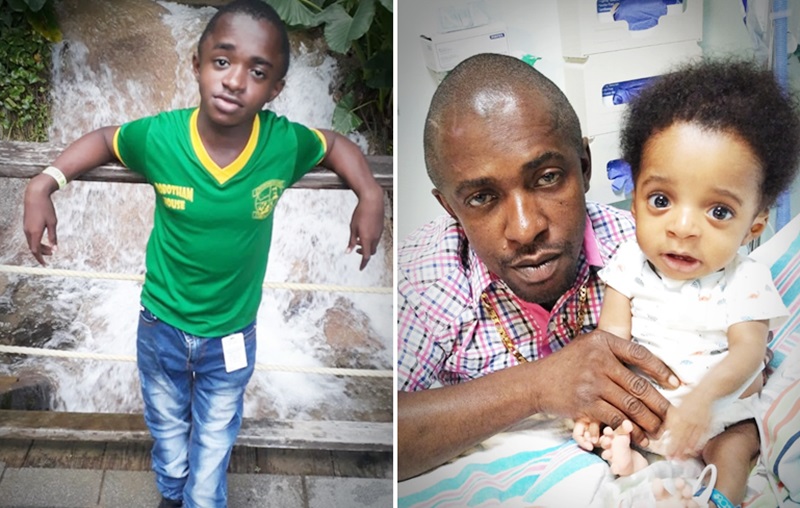 Adolph McKellop is predicting long life and success for his two young sons, who have inherited the disease with which he has been grappling since he was born 43 years ago.

The three have a genetic condition known as osteogenesis imperfecta, which is also called brittle bone disease – bones that break easily.

Adolph said doctors told him he would not have lived beyond 15 years old, adding that he was also advised against becoming an auto mechanic because of his ‘soft’ bones. He, however, has been an auto mechanic for 27 years now and counting.

Adolph told The Beacon that he does not know his real father, adding that he grew up in a household with seven children.

“I was the one who wasn’t that healthy, and I exceeded all my brothers and sisters,” he said.

“I was virtually raised in the hospital because both of my legs keep breaking. Everybody told me I was not going to make it, but, with my strong will and my determination, I pushed beyond my limit.”

Adolph further explained that he, to date, has been using various strategies to reduce the number of times his bones break.

“I have already been through it, so I know how to take precaution; I know how to walk; I know not to put myself in certain situations,” he added.

Adolph is originally from 95 Olympic Way in Kingston 11, but he later migrated to Brown’s Hall district in St Catherine.

He is a past student of Seaward Primary School in Kingston, as well as Brown’s Hall Primary and Tacius Golding High School in St Catherine.

“Life was super rough growing up,” he told The Beacon, adding that he migrated to the United States in 2006 in search of a better life especially for his son Orville Mckellop.

His one-year-old brother, Shemar, was born in the United States.

The father, Adolph, said he wants the best for his two children, adding that he isn’t worried about them.

“They are going to pull through; I am not worried about them. I have not seen any sign of weakness in them; everything I see is strength and the ability to move forward no matter what,” he told The Beacon.

ALSO READ: Father proud of his look-alike; mother glad she didn’t abandon him

The father further explained that he has faced discrimination from some people, but he always presents himself as a true leader who commands respect.

“I do not put down myself as being weak,” he declared.

“I put myself in front of everybody as someone who is proud, strong and very determined no matter what the condition of the job or the situation is… It doesn’t matter what people think of me; I always prove to them that I can be way better than those who try to put me down,” Adolph further said.