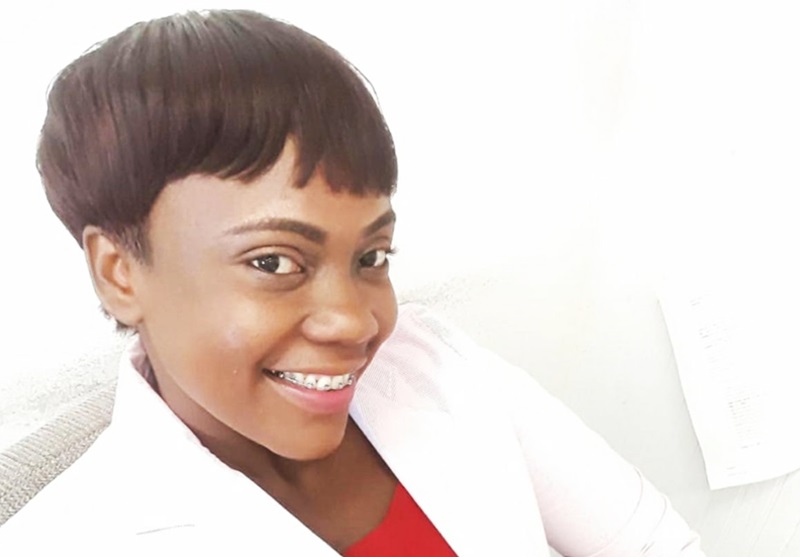 Having survived poverty and a marriage that she said almost cost her life, Tamara Hylton is now reaching out to others through education, motivational speeches and music.

“I want to be remembered as an advocate for people empowerment – especially women,” she told The Beacon.

Tamara, who has been teaching at H.J. Robinson High School in the Turks and Caicos Islands for five years, hails from White Marl district, Clarendon.

She recalls growing up with her late father George Hylton – a farmer, and her mother Marion Hylton who was a vendor.

Both parents, together, struggled to make ends meet and to send their children to school.

Marion, for example, spent days at Coronation Market in Kingston weekly, selling the produce reaped from her husband’s farm or bought from residents of her community.

“Mom was the market woman that everyone wanted to sell their load because she was fair…” Tamara recalled, adding: “I was never ashamed of my mother’s hussle.”

From an early age, Tamara understood the value of education. It is not surprising that she did well at Bird Hill Primary School, Chandler’s Pen Primary, and Garvey Maceo High School.

After graduating from Shortwood Teachers College in 2003 with a Diploma in Education, she worked as a teacher at Happy Grove High School in Portland.

Tamara eventually enrolled part-time at the University of the West Indies (UWI). In 2007, she obtained First Class Honours upon completion of her first degree in Family and Consumer Science.

Tamara recently completed a Master of Science in Management and Educational Leadership through the UWI Open Campus.

She, in 2014, left Jamaica to work in the Turks and Caicos Islands.

Leaving her homeland did not only provide a grand opportunity for professional development.

“Coming to Turks provided a place of recluse where I could have healed and recovered from the abusive situation I was in. I have met a lot of wonderful people here,” Tamara told The Beacon, adding that she often plays an active role in events held at her place of work.

She also launched a 4-H Club at her school, and helped to start one at another educational institution on the island.

Tamara, who has a son – Amiel, said she was baptized at age nine.

She is now trying to strengthen her Christian ministry, especially through Gospel music.

“As early as maybe six years old or seven, I was singing at rallies,” Tamara noted, adding that she served as choir director both in Portland and in Turks and the Caicos Islands.

Her singing ministry, so far, has taken her to places such as New York, Connecticut, and Florida in the United States.

Tamara, whose first album – My Story, My Song – will be released this summer, advised Jamaicans living abroad to always remember the people who helped them back home.

“Never forget where you are coming from and the people who contributed to your growth,” she declared, adding: “Help those you can help whenever you can, and make sure to secure your future and that of your children.”

Seaga would’ve liked this spot in the park, says McKenzie