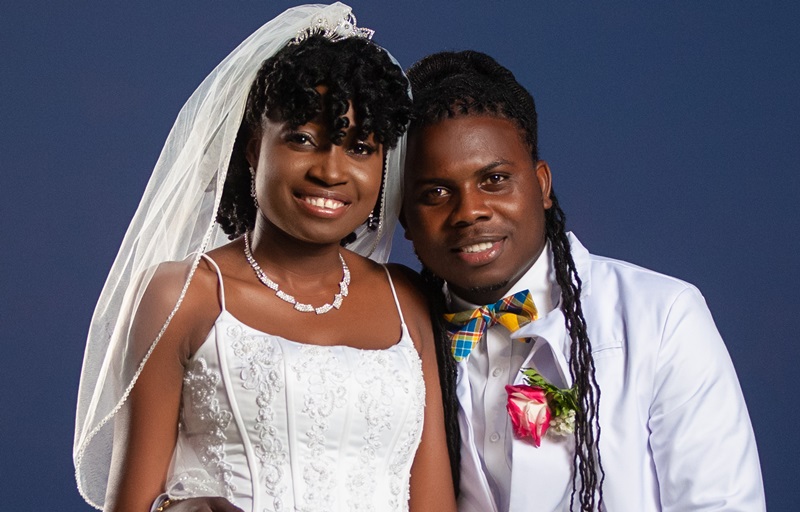 Two persons who separately entertained guests at hotels for a living are now formally dancing to the same tune.

Clive White and Odessa Walker, on December 16, made an all-important promise to love each other forever.

They did it during a splendid ceremony at Holiday Haven resort in Runaway Bay, St Ann.

The lovebirds’ paths first crossed at a local resort. It was a platonic crossing, Odessa told The Beacon.

“Through conversations, we realized that we had similar personalities. We then became best friends,” she said, adding that she warmed to Clive because of his traits.

“Clive is a very positive person who fears God, hence it pulls us together knowing that I am also a God-fearing person.”

She further said: “We have been together for the past five years, which feels like forever. Throughout these years, we have accomplished a lot; we both became parents of a wonderful baby boy, Clevaughn White.

“My husband is a very determined person who follows his dreams. Everyone who comes in contact with him will tell you he always encourages people and always wants the best for them. There were days when I felt like giving up, but Clive has been a supportive shoulder to lean on,” added Odessa, a native of Lluidas Vale, St Catherine. 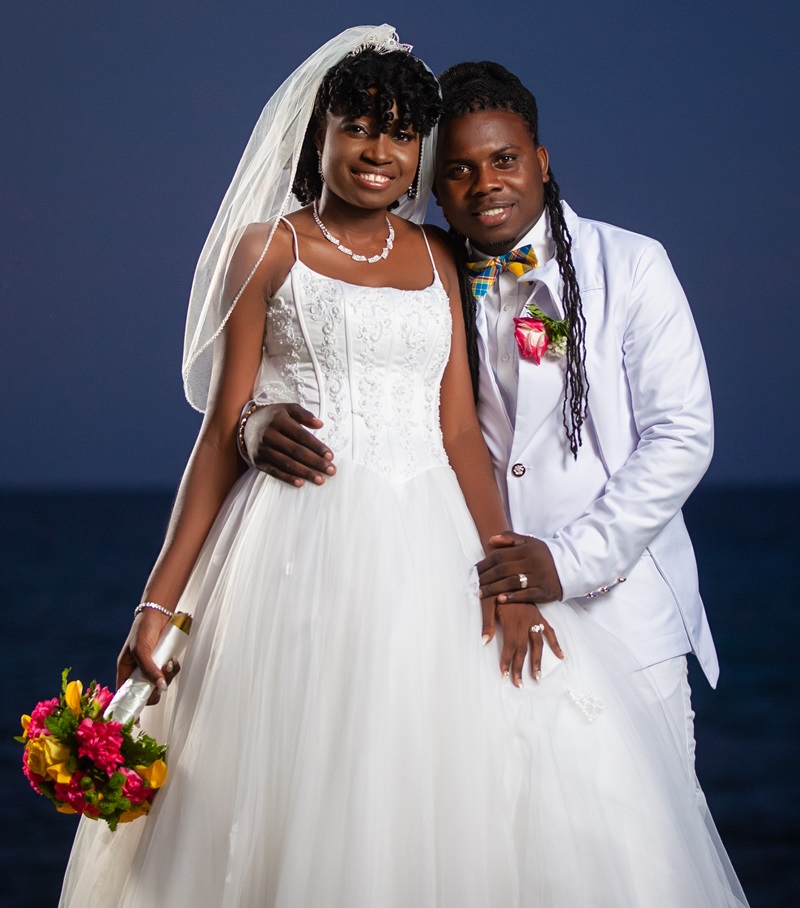 Clive, who hails from Content in Manchester, also spoke highly of his bride.

“Meeting Odessa was the best thing that ever happened to me,” he declared.

“She is the kind of wife that spreads love everywhere she goes. She is very supportive and is my daily reminder to always put God first in whatever I do.

“I have no regret choosing this lady to be a part of my life forever,” added Clive, who is also Chief Executive Officer of Pozitive Vybrationz Band.

The band, in 2016, won the Instrumentals Grand Champions Of The World title when it competed in Los Angeles, California.

The Whites undoubtedly are expecting many other wins in entertainment, and also in their love affair. We wish them the very best.

$10M worth of ganja seized in Manchester