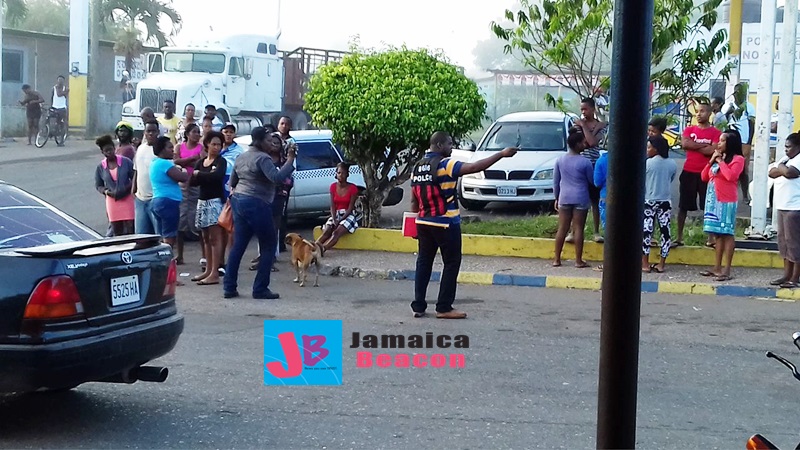 The small town of Lluidas Vale in St Catherine, near the Clarendon border, was transformed into a crime scene shortly before dawn (April 22) following a 10-minute gun-battle that left one police officer badly wounded and in hospital.

Both officers are based at Shady Grove Police Station in Lluidas Vale, which is among communities under a state of public emergency that covers the entire St Catherine North Police Division. However, the security forces have not maintained a strong presence in Lluidas Vale and other rural parts of the relatively large Division.

In the shootout about 3 clock this morning, the outnumbered police officers came under heavy gunfire when they responded to a call.

They were challenged by about seven gunmen who a law enforcer said were carrying ‘big heavy rifles’.

The criminals, at the time, were trying to rob a grocery store that a Chinese couple has been operating in Lluidas Vale town centre for decades.

The store, located across from the original Shady Grove Police Station that has been closed for reconstruction, has become a prime target. It was robbed on two previous occasions within the last few months.

The robberies are usually committed late at night while the rural town slumbers. 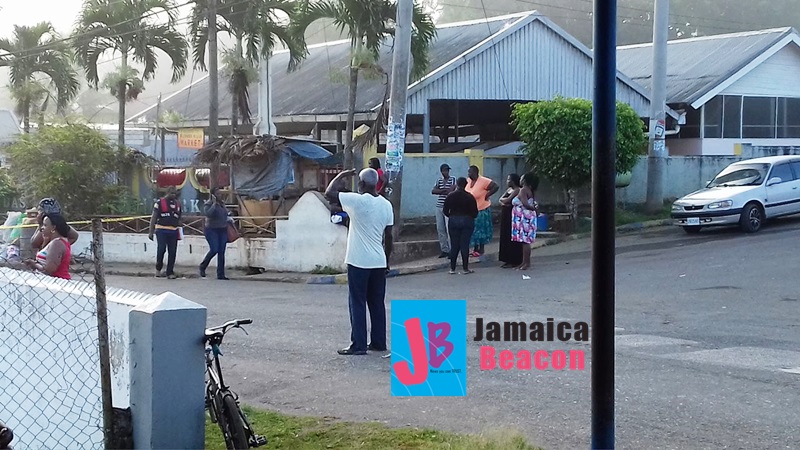 When the gunmen showed up overnight, they, for the first time, stumbled into a challenge from the police, but managed to escape in a vehicle.

When the gunfire subsided and news of the clash started to spread far and wide, several shocked residents – many of whom would normally be thinking about church on a Sunday morning – converged around the crime scene.

It appears crime scenes are becoming a feature of the once peaceful Lluidas Vale police area.

Within the last few months, there have been a number of business burglaries, shootings, and even a gun murder.

The murder took place during a robbery at a bar in the Top Hill area in January. The deceased is Omar Newton, a deaf-mute resident who reportedly was shot because he could not hear the gunmen’s command for him to ‘get down’ on the floor of the business establishment. Another patron of the bar was shot and wounded. A teenager from Linstead in the parish has been charged in relation to that fatal incident, but at least two other gunmen remain on the run.