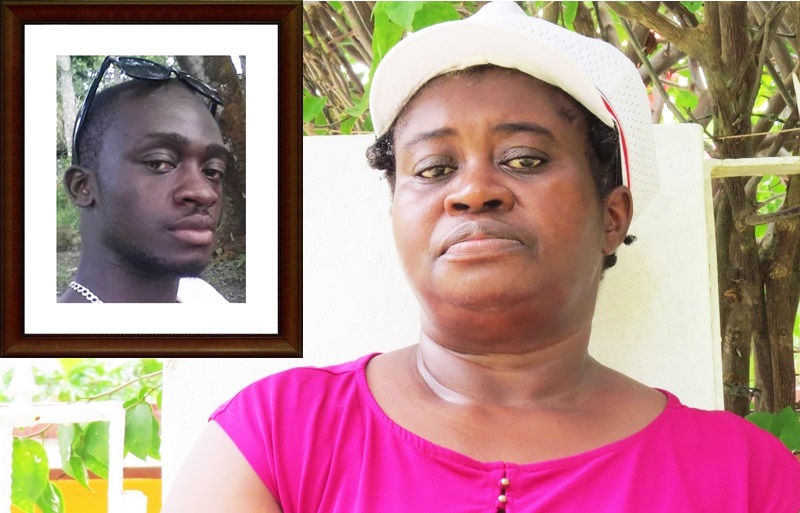 The family of Denroy Duncan, otherwise called Dan, has expressed shock that he died under tragic circumstance on his 28th birthday, and at a time when he was making plans to get married.

Up to the time his vehicle slammed into a concrete column along Chapelton main road in Clarendon on July 18, Denroy was in a relationship with a nurse who works at Denbigh Hospital in the parish. They have a son who is about four years old.

Denroy lived with his would-be bride at Mullet Hall, but frequented his paternal relatives at Cross Road district. Both communities are relatively close to the town of Chapelton, where the car crash was the hottest topic the day after.

The Jamaica Constabulary Force said Duncan was driving his Toyota Corolla motor car about 2:54PM when he allegedly lost control of it and collided into the concrete column. He sustained several injuries and was taken to hospital where he was pronounced dead.

Speaking on behalf of the bereaved family, Veronica Duncan-Dunkley, aunt of the deceased, said she visited the crash scene on the day of the incident. However, she did not see her nephew there; she saw his body at Denbigh Hospital.

She added that Denroy once lived in May Pen with her – as well as her son Randolph Neely.

Now that she is living in Cross Road district, Denroy would visit her almost daily.

“The family could rely on him no matter what he is doing or where he is. If he is far away and we need him, he says ‘I will be there,’ and he will make time and he will come. He was kind – very kind,” the aunt declared.

“I always love him; I take him as my son. When I go places, people would ask ‘that’s your son?’ He first would say ‘yes’ and I would leave it at that.”

Denroy’s biological mother lives in Pennants; his dad resides in Kellits – both in Clarendon.

His aunt, a devout Christian, told The Beacon she regrets that Denroy wasn’t a Christian too. She had hoped that, after his wedding, he would have made the big decision to get baptized.

She, in the meantime, stated that Denroy, who had been driving motor vehicles for years, visited his relatives at Cross Road district a few hours before he died in the crash.

He, during the visit, jokingly reminded his aunt that it was his birthday. No one expected a tragic end.

US amends air agreement to strengthen commerce with Jamaica