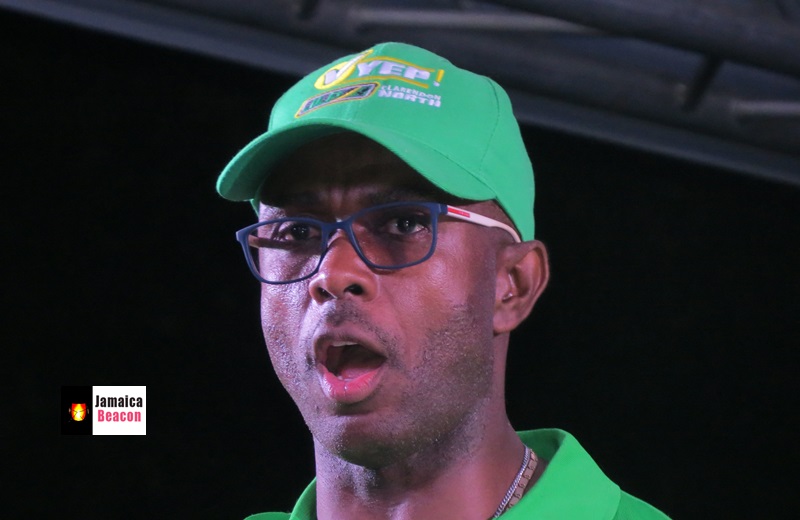 The new candidate for the Jamaica Labour Party (JLP) in Clarendon Northern, Dwight Sibblies, gave constituents a hint about his financial standing when he addressed them during his constituency conference on Sunday night, November 3, at Kellits Primary School.

He said he has helped to buy houses for his siblings; he has allowed his mother to retire years before the national retirement age; and he ensures that his mom gets medical treatment overseas when necessary.

Sibblies, in a flashback, told the gathering that he was born in a family of eight children, adding that one of his siblings died.

His father was ill for many years.

“My mother struggled with seven of us and she took on five more foster children,” Sibblies explained.

“We lived in a humble home where many nights we did not have any food to eat. So, we understand poverty… Up until I reached fifth form in eleventh grade, I never knew what it is to have lunch, because my mother sent me to school without lunch. So, I understand poverty.”

Sibblies however indicated that, when he started to work, his life began to change for the better financially.

“The day I started working, I told my mother that she needs to retire. My mother retired at the age of 43, and I looked after my mother ever since. So, I understand prosperity. My mother is very ill today, and I was able to send her overseas to do all the surgeries that she needs because they are not available in Jamaica at the time,” Sibblies said.

He added: “I have helped to buy houses for my brothers and sisters.”

Sibblies, in the meantime, told the gathering that, considering his experience of both poverty and prosperity, he is in a position to help others switch to prosperity.

“I understand prosperity and that’s why I am here; I am here to take you from poverty to prosperity. I will deliver on the promise of prosperity because I disliked poverty,” he added.

On the outskirts of the conference on Sunday, some JLP supporters were overheard stating that, although Sibblies is not one of the greatest speakers on the political platform, he has the financial strength to help him win the constituency.

The previous JLP candidate, Caswell Pinnock, lost the seat and subsequently resigned as caretaker, telling The Beacon that he did not have the financial means to continue in politics.

The Clarendon Northern seat is now represented in parliament by Horace Dalley of the People’s National Party.

He was defeated only once – in 2007 by the then JLP candidate Lawrence ‘Laurie’ Broderick.

Family ‘heartbroken’ as body is removed from pit