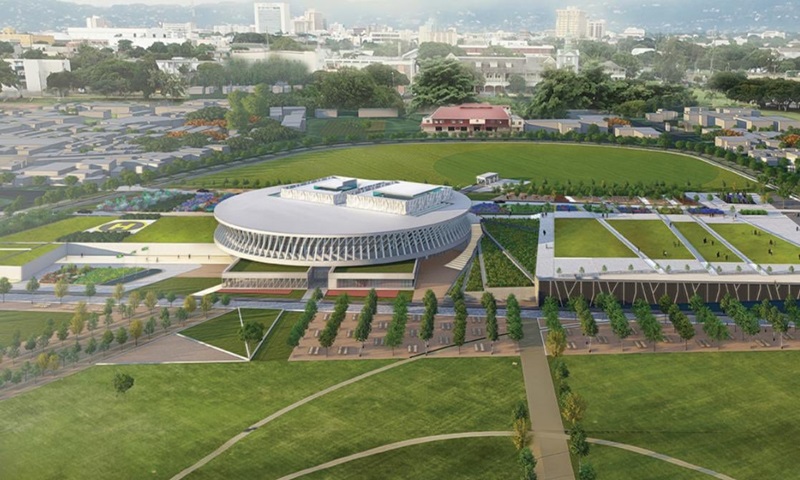 Evan Williams, along with his team Design Collaborative, has won the government’s Houses of Parliament Design Competition, and will provide the concept for the island’s new parliament, which will be built at National Heroes Park in Kingston.

Construction of the new parliament building is expected to commence by 2021, said Prime Minister Andrew Holness.

He announced the winning concept design – ‘Out Of Many, One People’ – during the awards ceremony at Heroes Park in Kingston yesterday, March 27.

The winning concept features an interconnected building with space to accommodate a football field and an area for outdoor movie watching.

The winner also copped the People’s Choice award, having received the highest number of votes in the competition, which was open to all registered Jamaican architects or teams based locally or abroad.

The winner was chosen from an initial 24 submissions. The entrants were narrowed down to the top five, who were each awarded $2 million for advancing to the second stage of the competition. They then submitted more detailed design plans and models in December.

The winner will now finalise the design, which Prime Minister Holness said is expected to be done by April 2020.

With an additional cash prize of $5 million, the top team has won a total of $7 million.

The third-place team, led by Damion Edmond, received an additional $2 million for its design called Ubuntu.