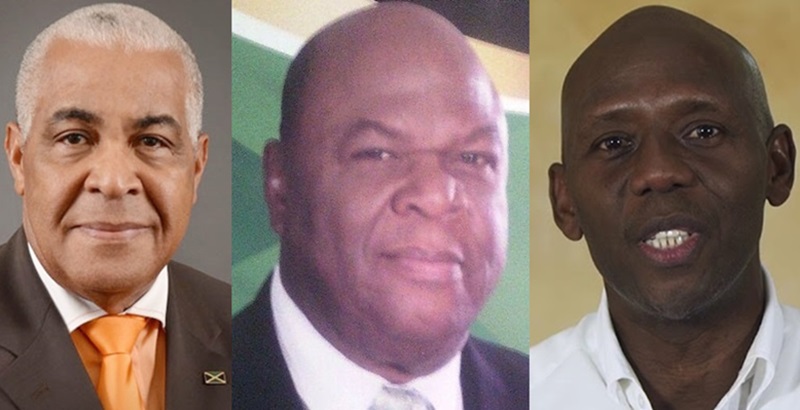 Newton Amos has dismissed assertions by Member of Parliament for St Catherine North West Robert Pickersgill that he probably will be replaced as the Jamaica Labour Party (JLP) general election candidate in the constituency.

Amos suggested that he will be around to wipe out the entire People’s National Party (PNP) machinery in the constituency in both the general and local government elections.

“They will be completely wiped out in the next election; they could put whoever they want to put who claim that he is the richest man in Jamaica…” he said.

Asked if he is certain about remaining the JLP flag-bearer in the constituency, Amos told The Beacon: “I am the [JLP] chairman for the constituency; I am the person who the party has asked to lead in this area; and as far as I know the answer to that question is obvious.

“When you look at the record of how well we performed in this constituency, the record is obvious,” added Amos, who went on to challenge Pickersgill to retire early and allow a by-election to be held in the constituency.

When Pickersgill retires ahead of the next general election, the new PNP candidate in the seat will be businessman Hugh Graham, who also is Councillor for the Lluidas Vale Division.

Amos claimed that Graham is a non-performer who has failed as a councillor and will be defeated easily. He pointed to what he considers the deplorable state of the public cemetery, recreational park, clinic, some roadways and the playing field in Lluidas Vale – all of which he said worsened under Graham.

“The hypocrisy of the PNP to be pushing a Hugh Graham on the people of North West St Catherine as a representative is to show the disinterest they have in the people,” Amos said.

He continued: “Graham has done absolutely nothing as a councillor for Lluidas Vale… All these years you have a Councillor and a Member of Parliament under the same government of the PNP, and look at the state of Lluidas Vale.”

Meanwhile, Amos, in an exclusive interview with The Beacon, dismissed Pickersgill’s reasoning that he will suffer a third straight defeat at the polls. In making that prediction, Pickersgill noted that Amos already lost twice in the constituency – once as a general election candidate, and subsequently as a local government candidate in the Linstead Division.

Amos, in response, said he could have won both elections if he had more time to campaign, and if the JLP had given him more support.

He stated that the JLP seemingly did not consider the St Catherine North West seat to be winnable because Pickersgill – at the time, had won it in six consecutive elections.

“For the period in which I was there [campaigning] – never been involved in politics before, I was able to secure for the JLP a credible outcome that now places the party in a position to win the seat,” Amos posited.

“The seat is now a winnable seat. Within seven months, I was able to do that and without the kind of support that the party should have given me.”

In the 2016 general election, Amos, through defeated, cut Pickersgill’s margin of victory from 3,075 votes in the previous election to 1007 votes.

Amos went on to contest the local government election in the Linstead Division of the constituency, but lost to the PNP’s Herbert Garriques. Despite the defeat, Amos reduced Garriques’ margin of victory from 779 votes in the previous election to 127 votes.

Another lawyer murdered at home in Kingston