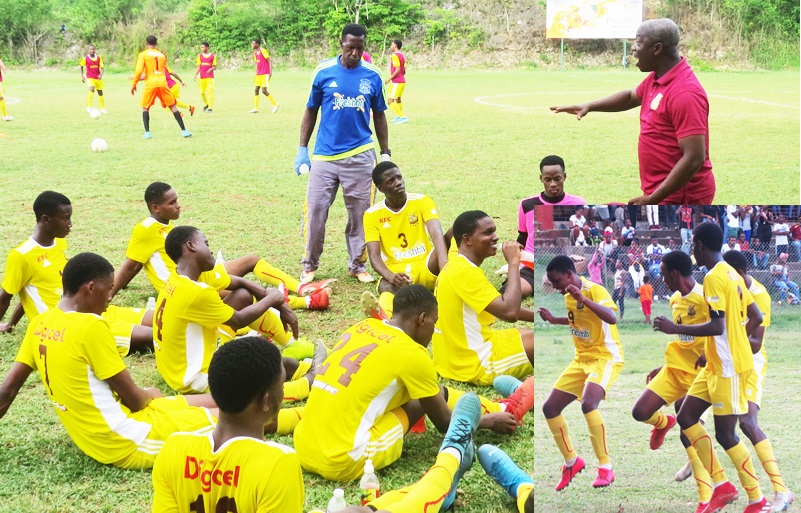 They did it without much fanfare on and off the field.

Of the 32 schools featured in the second round, Dinthill finished among the top seven that secured back-to-back wins.

It also ended the round in fourth position. The other school from Linstead, McGrath High, ended in 13th position.

Dinthill, in its incredible climb, beat Central High School twice. It won the first game 1-0 and the second one 4-0.

In the second game, which was played yesterday, the Dinthill scorers were Milton Brooks, Karim Bryan, Carlington Facey, and Justin Irons.

“I am happy to be in the quarter final round. I think the young men did what they had to do to ensure that they advance, [and] so credit must be given to them,” he said.

Gilbert stated that, heading into the quarter finals, his team will work hard for a spot among the top four.

“We are just going to give it our all every game. We are taking it one step at a time and hopefully we can find ourselves in the final four.”

Dinthill’s opening match in the quarterfinals will be at home against Port Antonio High on Tuesday, October 22, starting at 1PM.

Clarendon: Man dies in mystery fire after dispute with residents

CLARENDON: Taximan among 2 shot dead at shop; two others injured