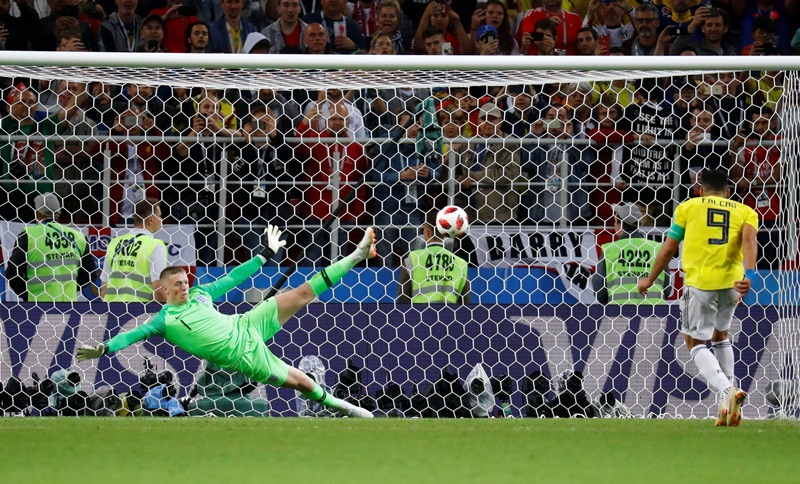 British Broadcasting Corporation (BBC) – England won a World Cup penalty shootout for the first time on a night of high drama in a fevered atmosphere inside Moscow’s Spartak Stadium to overcome Colombia and secure a quarter-final meeting with Sweden.

Eric Dier scored the winning kick after Jordan Pickford’s brilliant save from Carlos Bacca’s attempt, with England’s win setting up a meeting with Sweden in Samara on Saturday, a game that can be seen live across the BBC.

Manager Gareth Southgate celebrated with his staff while his players mobbed the heroes Pickford and Dier after their first win at the knockout stage of major tournament since 2006.

Southgate’s side looked to have emerged unscathed from an ill-disciplined scrap of a match courtesy of Harry Kane’s penalty, only for Colombia’s Yerry Mina to equalise in the closing seconds of stoppage time to send the massed ranks of Colombia fans wild.

The extra 30 minutes could not separate the sides to set up the nerve-shredding finale that has so often been England’s undoing in major tournaments, with a dismal record of just one win in seven shootouts at major tournaments before this.

England looked to be set for more agony when Jordan Henderson’s penalty was saved by David Ospina but Mateus Uribe smashed the following kick on to the crossbar to pave the way for Pickford and Dier to be England’s saviours.

No previous world champions stand between England and the final. The winners of their quarter-final will face either Croatia or hosts Russia for a place in Moscow on 15 July.

Security guard in hospital after being shot by licensed firearm holder

Shaw on high after meeting several cannabis investors in Canada