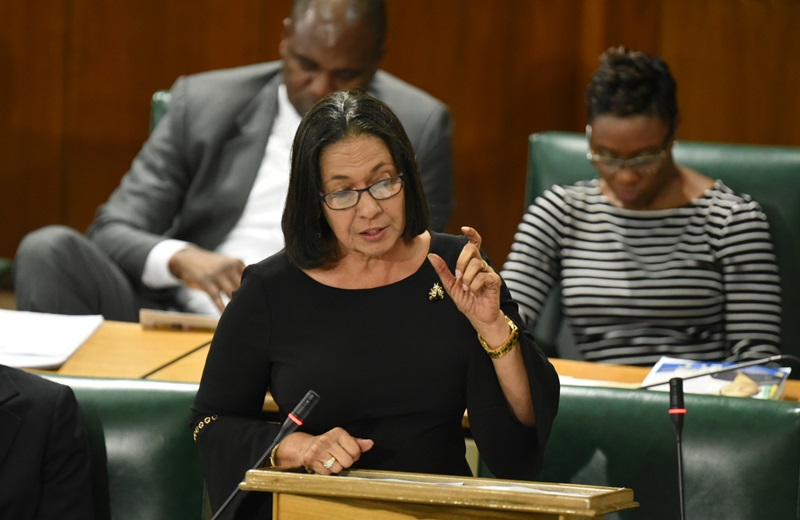 Jamaica Information Service – Minister of Labour and Social Security, Shahine Robinson, has announced a 12.9 per cent increase in the national minimum wage from $6,200 to $7,000 per week.

Mrs. Robinson, who made the announcements in the House of Representatives on Tuesday (June 26), noted that the increases establish a minimum standard or threshold for the payment of wages.

“After careful consideration, the Cabinet has agreed to grant an increase in the national minimum wage and minimum wages for security guards,” she said.

The new rates are the result of the recommendations from the National Minimum Wage Commission, which conducted public consultations and submitted its recommendations to the Ministry.

“We have reviewed the recommendations. We have taken into account the stability of the Jamaican economy, the rate of inflation and the economic circumstance of the workers as well as the ability of the employers to absorb an increase,” she noted.

“I want it to have the full involvement of all stakeholders, including my colleagues on the other side of this House,” she said

Meanwhile, she said in the fiscal year 2018/19, the Ministry will be working to complete amendments to the Minimum Wage Act, National Minimum Wage Order and Employment Agencies Regulations Act to incorporate provisions related to the International Labour Organisation (ILO) Convention No. 189 on Domestic Workers.

Elderly man missing for over a week