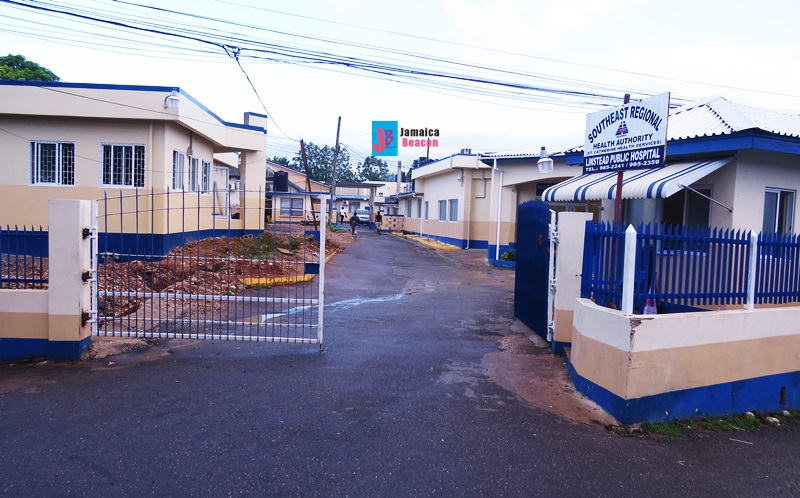 A woman who recently visited a relative at Linstead Public Hospital in St Catherine is decrying the lapse in security she witnessed at the medical facility this week.

Ichael Clarke-Lee told The Beacon that she was at the hospital on Tuesday when her relative disclosed that two prisoners were strapped to beds in the Accident and Emergency area, which virtually was crammed with non-prisoners. She further recalled being told that no police officer or security guard was keeping an eye on the prisoners.

If there was any doubt in Clarke-Lee’s mind, it was erased the following day when she returned to the medical facility.

She stated that, on Wednesday evening, May 1, she saw porters – not police officers – bring a male prisoner into the hospital’s Accident and Emergency section.

He was wheeled in right where the other sick persons are. A bed was removed and they placed his bed right there in the middle.

The prisoner repeatedly tried to remove the straps that were placed on his feet; I watched him with my own eyes.

I became so fearful not knowing what would happen if the prisoner does remove the straps.

Clarke-Lee further reasoned that patients – including those with hypertension – may find it difficult to heal when they have to sit or lie beside a prisoner who is not being guarded.

Imagine being in the Accident and Emergency section where you come because you are not well – your blood pressure might be up, or for whatever reason you are there – and a prisoner is wheeled in to sit among the persons that are there.

How can one that is sick get better in a situation like that?

When you look at what is happening in the Accident and Emergency section at Linstead Public Hospital; it is frightening.

Clarke-Lee also told The Beacon that, based on her observation, prisoners are provided with beds as soon as they arrive at the hospital.

However, law-abiding citizens who are badly ill are forced to sit in discomfort on chairs for virtually a week because of a bed shortage.

“We as taxpayers – we are the ones sitting up in chairs, yet still a prison is lying in a bed that he does not need. A prisoner is lying in a bed and he is not making any positive contribution towards our country…” she further lamented.

Clarke-Lee stated that she, for example, went to the hospital on Monday this week and saw a woman sitting on a chair for days.

The Beacon, in the meantime, is trying to get a response from the management of Linstead Public Hospital.

LLUIDAS VALE: Cops to clamp down on parents not sending children to school