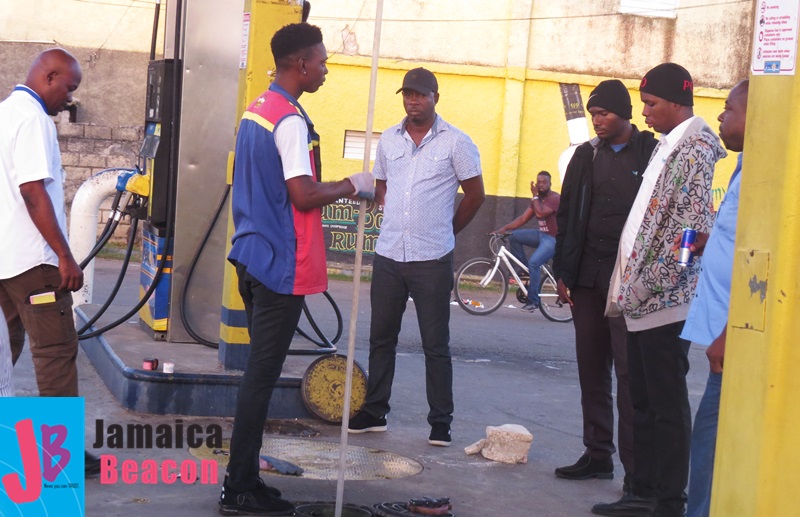 While claiming that representatives of Petcom acted illegally when they took over the management of a service station he leased in Lluidas Vale, St Catherine, politician Hugh Graham said a debt that was at the heart of the contention finally was paid up yesterday.

The payment was made apparently after Petcom, which said it was owed just over $7.3 million, started to take over the Lluidas Vale property minutes before daybreak.

Graham, who also is the People’s National Party councillor for Lluidas Vale Division, told The Beacon: “In business, a lot of people owe a lot of people money; people owe me $300 million and I don’t go in their place and behave that way. So $7 million is nothing; it is actually paid.”

Graham also indicated that, although he was the one who leased the service station just over three years ago, he was not the one managing it, adding that he didn’t have enough time to also oversee day-to-day management. The manager was Neal Gooden, who is said to be Graham’s childhood friend.

Graham is also the founder and Chief Executive Officer of Paramount Trading (Jamaica) Limited, which has  expanded since being founded in 1991.

It added that Graham missed a December 31 deadline for the debt to be paid.

Petcom, in a letter yesterday, threatened to take legal action to recover the amount owed. It said: “As it relates to the present debt outstanding, we will allow you (Graham) an extension of seven days to fully pay over this debt. Should you fail and/or refuse to do so, we will be constrained to commence legal action against you without further notice.”

Now that the debt payment has been made, it is not clear if Petcom will return the service station operation to Graham.

Meanwhile, Graham, who was abroad when he spoke with The Beacon last evening, questioned the motive of Petcom’s legal advisor Sean Kinghorn in making the takeover a public affair, with police and security guards on location, thereby catching the watchful eyes of the Lluidas Vale community and local media.

“That’s how I suppose Kinghorn does his thing – a whole heap of fanfare and so on,” Graham commented. He also claimed: “Kinghorn is acting in a compromised position; he is acting as a lawyer and he is acting in his own interest.”

Graham said he is not ruling out legal action against Petcom, adding that the takeover was done without a court order.

“If you believe that monies are outstanding, the normal way is that you have discussions about them. If you can’t resolve it, then it goes to court. You don’t move into somebody’s [leased] place without a court order. That’s a rogue behaviour or bad man style; that’s not how business is done. That is why you have a court and, if there is an issue, you go to the court,” Graham reasoned.

Graham further stated that he expects the matter to be resolved amicably.

“It has to be resolved. I am thinking they (Petcom representatives) will have to withdraw their position because their position has no legal basis. If needs be, it will be challenged in court. They might have to pay damages because it (the takeover) is an illegal action,” he claimed.

Petcom, in the meantime, said its takeover of the service station is grounded in Clause 8.4 of a contract it entered into with Graham on 31 July 2015. That clause is published in the related story, which can be read by clicking here.

Baby stolen after being left with stranger at hospital