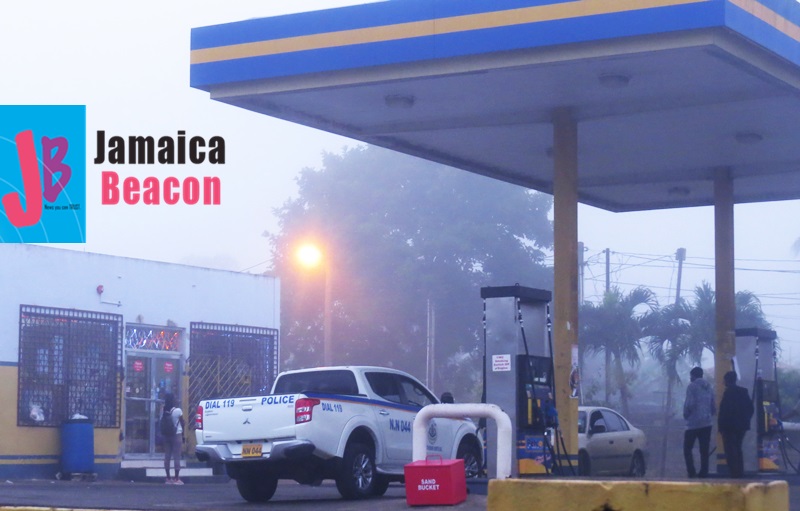 There were tense moments yesterday at the only gas station in Lluidas Vale, St Catherine, as the Petroleum Company of Jamaica Limited (Petcom) openly seized operation of the establishment it had leased to Hugh Graham, People’s National Party Councillor for the Lluidas Vale Division in St Catherine.

Petcom is claiming that it is owed just over $7.3 million, broken down as follows:

Petcom, owned by Collin Karjohn, raised concern about the debt in a letter dated 24 October 2018, and addressed to both Graham who leased the property just over three years ago and Neal Gooden who managed it for Graham.

The company gave Graham until 31 December 2018 to cover the debt.

Its letter noted that, if the deadline is missed, Graham would be required to meet with Petcom’s management ‘with a view to relinquishing’ management of the service station.

Petcom also noted that, in the event that the payment is made by the deadline given, it would start supplying Graham with fuel on a ‘cash on delivery’ basis by the end of March this year.

When the debt payment deadline was missed, Petcom’s legal advisor Sean Kinghorn, along with Petcom staff from other locations, moved onto the Lluidas Vale property shortly before daybreak yesterday.

They took over the company under the watchful eyes of the Lluidas Vale police, as well as guards brought in from INVENT Security Services Limited out of Linstead, St Catherine.

It declares that Petcom has no other choice but to ‘immediately terminate’ its service with Graham, adding that Graham should ‘immediately vacate’ possession of the service station to facilitate ‘a seamless handing over to Petcom’s representatives’. One of the Petcom representatives who showed up is Godfrey Boyd, General Manager.

Petcom said its takeover of the service station is grounded in Clause 8.4 of a contract it entered into with Graham on 31 July 2015. That clause READS:

Meanwhile, in the middle of the leadership change yesterday, Gooden, who managed the service station for Graham, showed up.

It is understood that Gooden eventually went to Shady Grove Police Station in Lluidas Vale to have cops halt the take-over, but his request was not granted.

He declined to comment on the developments, including those regarding the six people who worked under his management.

Some of those people were busy working during the management change; some were overheard pondering their fate.

In the meantime, Petcom brought in some of its workers from other locations to give the Lluidas Vale property a facelift immediately after the take-over.

They repainted buildings, power-washed sections of the property, placed price panels on a large sign that previously was neglected, and oversaw the filling of an underground gas tank that had gone empty.

They claimed that they also paid an outstanding electricity bill they found amounting to roughly $112,000.

The Petcom workers, in the meantime, were overheard planning to install at least 16 surveillance cameras on the Lluidas Vale property, and to relocate a party and cooking operation that sometimes takes place at the location.