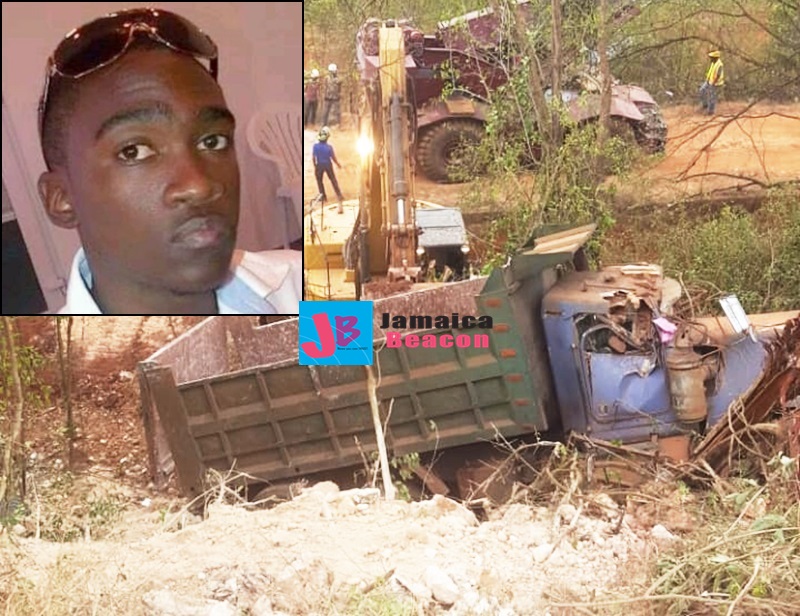 A family in the Linstead area of St Catherine is struggling to come to grips with the death of its loved one, Kevar Burrell, whose father reportedly fainted and had to be rushed to hospital moments after tragedy struck.

Reports reaching The Beacon are that, some time after 2 o’clock yesterday afternoon (March 18), Kevar, a resident of Treadways in Linstead, was working in the mud stocking area at West Indies Alumina Company (WINDALCO) in Ewarton, St Catherine.

He parked a truck on an embankment, which collapsed beneath the vehicle. The truck landed on the driver’s side, killing Kevar.

News of the incident was too much for Clive Burrell, who has lost his only son. A member of the family disclosed that the father, who operates a furniture shop in the Charlemont area of Linstead, had to be treated at hospital. He later was released and is recuperating.

Kayann White, a close cousin of the deceased, said: “Kevar was a people person – very young, about 24 years old.

“He had a love for trucks from day one. He was very respectable and could be relied on at any given time. He didn’t talk much,” White said.

She further told The Beacon that Kevar started to drive truck at WINDALCO in recent times.

He previously worked as a truck driver with National bakery here in Jamaica, and with a company in the Bahamas.

Kevar is a past-student of McGrath High School in Linstead. This is how he looked while he attended that school:

Meanwhile, Kevar is not the only driver to have died tragically at WINDALCO in recent years.

In August 2010, Raymond Archer was driving a tractor when he fell out of the vehicle. He died when the said vehicle fell on him.