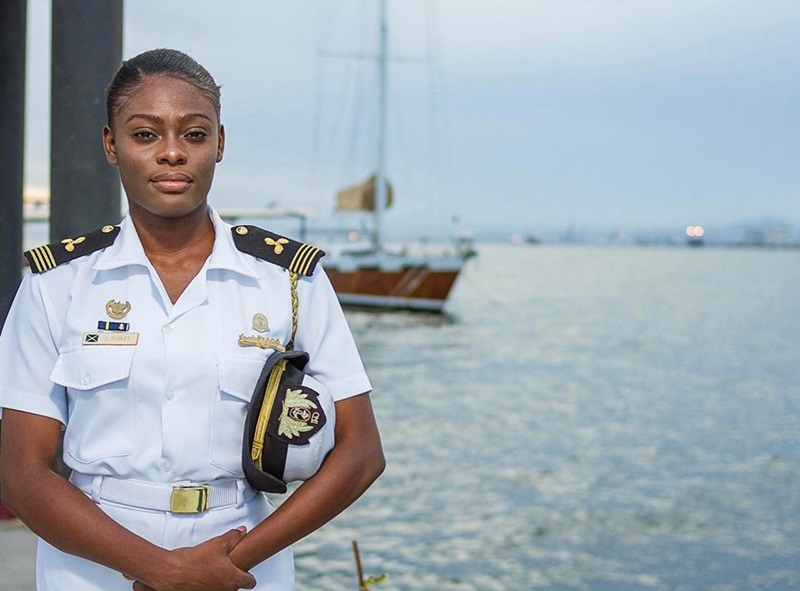 For the first time, Jamaica will have a female marine engineer officer aboard a Carnival Cruise Line vessel. ⁣

Seychelle Bailey, a final-year student at the Caribbean Maritime University (CMU), will join the engineering crew on the world’s most popular cruise company when they set sail in August. ⁣
⁣
The Linstead St. Catherine native told us that she sees this as an opportunity of a lifetime, and she intends to represent the CMU and gain additional competence. ⁣
⁣
“I’ve always wanted to work on-board a passenger vessel, so when I was selected, it was like a dream come true,” she said.

“My main goal now is to use what I’ve learned at CMU and gain additional skills that will reduce human error while I am at sea.” ⁣
⁣
Speaking about her journey at CMU, Seychelle stated that it was always her desire to pursue a ‘non-traditional’ career, which influenced her decision to pursue a career at sea. ⁣
⁣
“I always wanted to do something different in terms of my career, so it wasn’t a hard choice,” she said. “I remember while at the Queen’s School, I did a career evaluation and discovered that my interests are more aligned with engineering field.” ⁣
⁣
This discovery led her to do additional research on careers in engineering, where she came across marine engineering – a male dominated field. ⁣
⁣
“It was while researching engineering degree programmes, I discovered CMU and its marine engineering programme.”

She noted that there were some reservations about the career path, due to an article she read online that described it as a ‘male dominated field’.

However, after consulting with her father and other members of staff at the CMU, she decided to pursue her dream. ⁣
⁣
“At first, I was a bit hesitant,” she said. “But looking at where I am today, and what I have achieved, I can say I made a good decision.”⁣

Founded in 1972, Carnival, which operates 24 cruise ships, is said to be the world’s most popular cruise company, carrying more passengers than any other line.