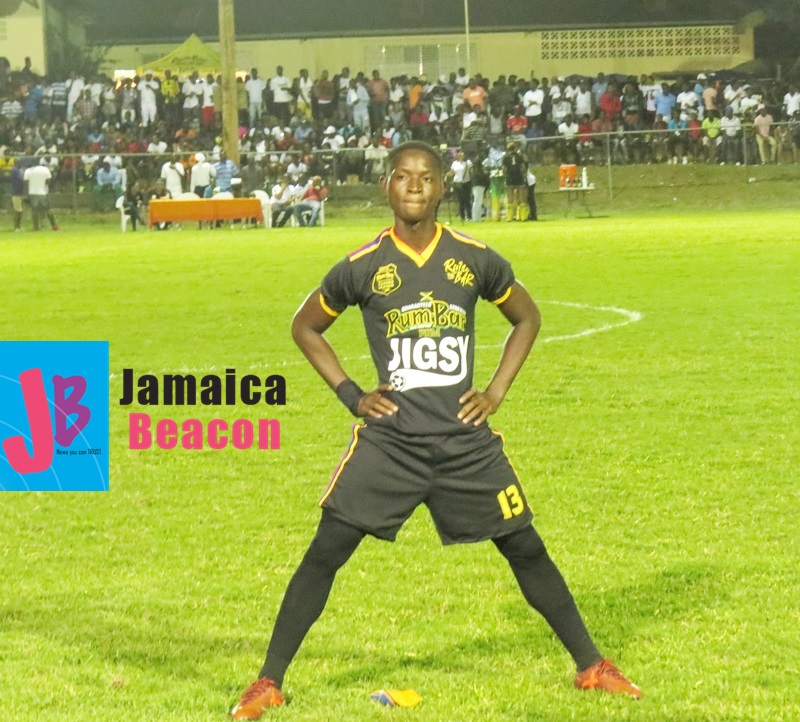 Matthew Taylor is an embodiment of the football greatness that resides in the Linstead area of St Catherine.

“My wish is to see a team from Linstead reach the highest level of football,” the 22-year-old told The Beacon. “If that is achieved, more youth would get the chance to showcase their talent and show players across the bridge that quality players also come from this side.”

Taylor, who hails from Gillette Street in Linstead, has been a standout.

He, for example, won the Golden Boot Award this year in the Ewarton corner league in St Catherine. In a similar competition at Lluidas Vale – also in St Catherine, the youngster, despite joining a team late, copped the Man of the Match Award for both the final and one semi-final match.

That’s a big achievement for someone whose football involvement is a mere twist of fate.

“Football wasn’t my first choice; it was track and field,” Taylor disclosed. “But my friends and family always encourage me, saying that I am good at playing football, which is something I’ve been doing from the age of 12.”

Taylor went on to play for the St Catherine parish Under 12 team, then for Marcus Garvey United’s Under 17 when he was 13 years old. “From there, I gained a little interest in the sport,” he told The Beacon.

Taylor noted that he suffered certain setbacks while he attended Charlemont High School, and so he did not stand out in schoolboy football.

Since he graduated, however, he has been on a roll.

Taylor said his biggest moment, besides winning the Golden Boot Award in Ewarton, was being promoted last year to play in the national league for Humble Lion Football Club. That promotion came after another footballer, Hue Howell, saw his talent and brought him to Humble Lion.

Taylor is now with Marcus Garvey United, a Linstead-based team that recently was promoted to major league competition.

“I am currently working with the team that makes me in the person I am today; a team that has been pushing youths for some years now; a team that has a dream of reaching the Red Stripe Premier League,” Taylor said.

The youngster, who is a big fan of French footballers Karim Benzema and N’Golo Kanté, does not only harbour high hopes for his camp. He wants to eventually make the Jamaican national squad.

“I have a few plans working towards – like reaching back in the Red Stripe Premier League and scoring some goals,” Taylor said.

He further told The Beacon: “I want to make a name for myself and hopefully in the future get a call up by the national team or even get an overseas contract. But, for now, I’ll just continue to do well – train hard and be humble. The future will speaks for itself.”

Woman trying to connect with brother adopted by foreigners