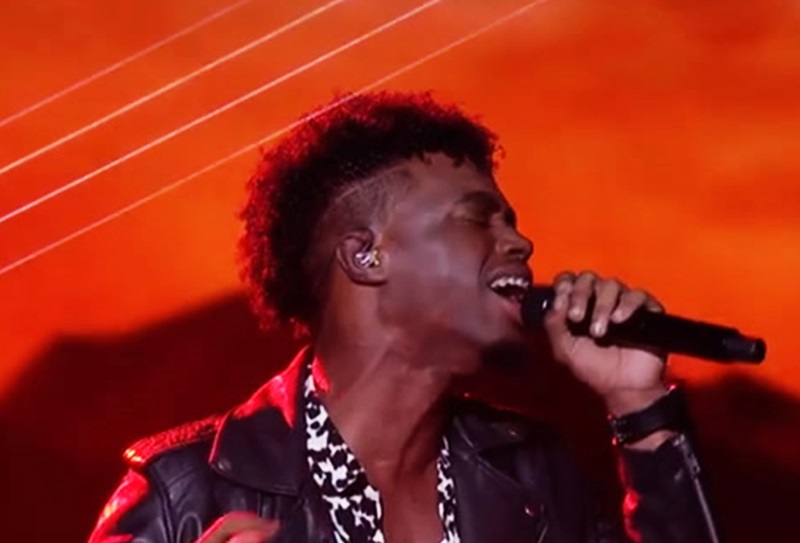 Following the first elimination show based on public votes, Jamaican artiste Dalton Harris last night advanced to the next stage of the X Factor UK competition.

The other Caribbean contestant, Olatunji Yearwood, out of Trinidad and Tobago, got the lowest number of votes and became the first to be eliminated since the live shows started on Saturday.

The two other contestants at the bottom – Armstrong and Janice – went head-to-head for another chance. Armstrong survived.

With two persons being eliminated, there are now 14 contestants in the competition. Their individual votes were not disclosed last night, and their names were called in no particular order.

Dalton, a former winner of Rising Stars here in Jamaica, got public support after his rendition on Saturday night of David Bowie’s Life On Mars.

He, as usual, got high praises from the judges.

Robbie Williams, on Saturday night, told the Jamaican: “You feel like you are an established act coming onto the X Factor to promote your own album. Your voice is absolutely incredible; I love you.”

Louis Tomlinson, who coaches Dalton and the entire Boys group, commented: “I can comfortably say that was the best vocal of the night. I thought you did an absolutely amazing job. You’ve made me proud; you’ve made yourself proud; you’ve made everyone at home proud…”

Chief judge Simon Cowell, in the meantime, told Dalton: “That [show-closing performance] was good. And you know what was great? Because you got to remember that. You did something at the end of the show which we weren’t expecting; you got a great vocal; I know how much this means to you. This was special.”