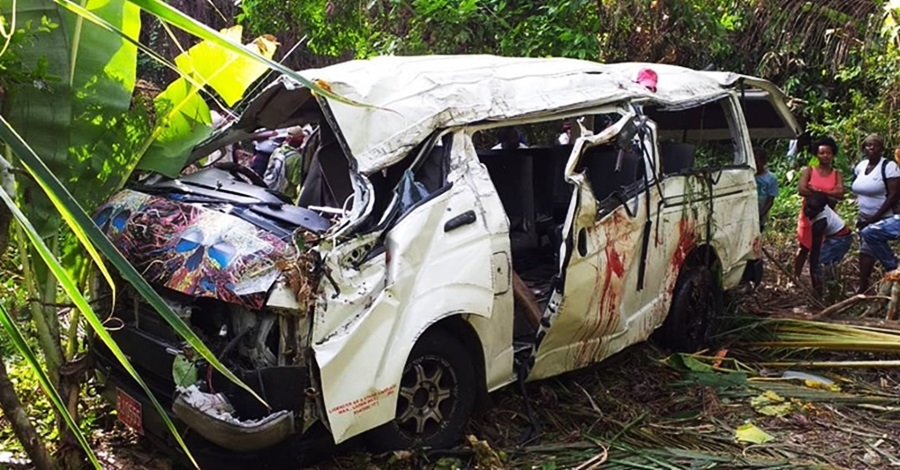 The Jamaica Constabulary Force (JCF) said 13-year-old Jasti Kumar from Iterborale district in Annotto Bay, St. Mary, died as a result of injuries he sustained in a motor vehicle accident on the Black Hill main road in Portland on Monday, May 20.

He also lived at Buff Bay in Portland, and attended Titchfield High School in Portland.

Nearly two dozen other students from Titchfield High School and Port Antonio High have been hospitalized.

The JCF, in elaborating on the crash, said: “Reports from the Orange Bay Police are that, about 3PM, the driver of a Toyota Hiace motor bus that was travelling westernly on the mentioned roadway (Black Hill) allegedly lost control of the vehicle while negotiating a corner and crashed into a ditch.

“Several passengers sustained injuries and were taken to hospital where Kumar was pronounced dead. The other passengers are being treated in hospital,” added the JCF.