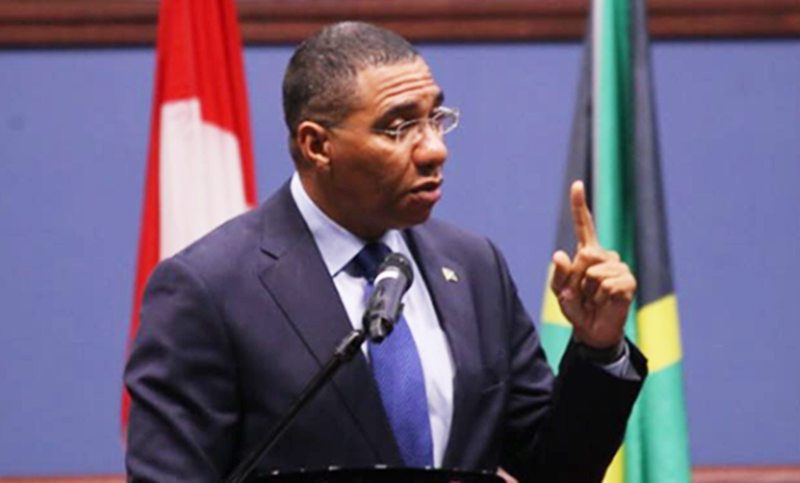 Amid complaints from members of the diaspora living in Canada that too many Chinese are working in Jamaica while locals remain jobless, Prime Minister Andrew Holness said he is working strategically to address problems associated with imported labour, adding that fewer Chinese are now coming to work on the island.

He said the strategies include the provision of more training opportunities for locals, and a reduction in loans linked to labour importation.

“What we are seeking is more investments rather than loans. We have borrowed from the government of China at very good rates. That borrowing, because it is bilateral, also comes with some other arrangements such as giving permits for Chinese labourers to come to Jamaica.”

“In recent years, we have curbed that and there are not as many Chinese labourers coming as before,” Prime Minister Holness told members of the Jamaican diaspora at a town hall meeting in Canada on June 7.

He further stated that one of the reasons usually given for the importation of Chinese labour is that enough skilled locals are not available.

The prime minister continued: “We have to train Jamaicans and make them available and make them as competitive. It shouldn’t be that it is cheaper for the Chinese to carry Chinese labour to Jamaica when we have labour here.”

He posited that Jamaicans in the diaspora apparently are concerned about Chinese presence on the island.

“In order that Chinese investment is not of a significant proportion, we need to hear more Canadian diaspora investment in Jamaica. Why is it that the Chinese are taking a risk on our country and our people won’t? That is a question that we have to answer,” he reasoned.

“If there is a problem with Chinese investment, the only way to correct that is to get more investment from Canada, from the United States, from Germany, from France, from India. Jamaica is an island but we are not isolated. We are not in a shell and we can’t lock ourselves off from global investment,” added Prime Minister Holness.

When he attended a similar diaspora town hall meeting in the United Kingdom in April, the prime minister, in response to concerns raised there, urge Jamaicans to embrace the Chinese.