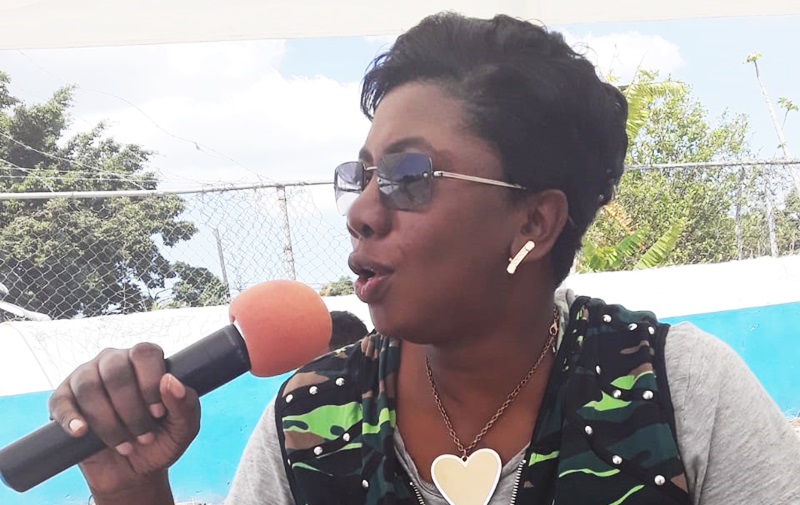 It’s the start of a big week for Isilda Clarke.

She will, on Saturday evening, May 25, launch her highly anticipated anthology of Jamaican dialect poems – Mek Wi Talk – at Day Break Plaza on Fletchers Avenue in Linstead, St Catherine.

Clarke, a past-student of Jericho Primary and Charlemont High School, has been writing poems since childhood. “I have been writing poems from 1998 at age thirteen. Writing is all natural to me. I have written over 200 poems in dialect and a number in standard English,” she told The Beacon.

Clarke further stated that, although she holds a distinction in English Language, she finds it “all joy and pleasure” to write in the dialect.

“I am bilingual and can’t help it,” she asserted, adding that her poems reflect what she described as her bubbly personality and her humanitarian traits.

Her poem, Ooman On Strike, for example, reflects humanitarianism.

Cah, as a ooman, is jus peer wuk

An all tru di entia week

‘Ooman on strike’ is di werd!

Clarke told The Beacon that her style is influenced by the late poet and cultural icon Louise Bennett, also known as Miss Lou.

“I pattern her writing where every second stanza rhymes, while always sticking to the topic of the story. This creative skill leaves the reader wanting to go on and on,” Clarke posited.

She is pleased with the response to her poems.

“My poems have been entered in JCDC competitions from 1999 by several schools; and they always medalled. I personally entered in 2003 and won a gold medal that went on to National,” Clarke said.

She harbours great expectations about her book, Mek Wi Talk, which she said has been getting positive reviews.

“The response for the book has been overwhelming both here and abroad. The response is of no surprise especially because the book carries a balance in variety on different topics… My book is one that all can relate to.”

Clarke continued: “This anthology of dialect poems is a combination of hilarious stories, some uplifting inspirations, and strong points where I talk about some heartfelt situations that are happening.”

Clarke thinks her poems – and poetry in general, will survive the test of times.

“The best way for one to express one’s self is through poetry, hence, poetry is going nowhere. Poetry carries a huge audience; it is an art that has its own festivals and platforms every year all over,” she further reasoned.

Clarke, the mother of two daughters and a son, wants to be remembered especially for her work.

She told The Beacon: “Over the years, I am known as the ‘Modern Day Miss Lou’, but I want to be remembered as the poet who could write about anything on the spot; the poet who could enter a platform and grab the attention of everyone with her first word; and also the poet who uses her dialect to praise Jesus and encourage others to stand firm.”

I am not missing; I moved out