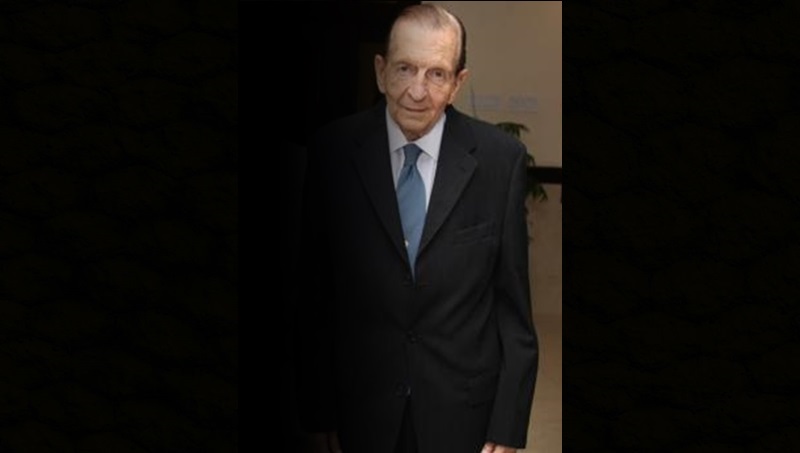 The nation will observe a period of mourning from June 19 to 22 in honour of the life and service of late former Prime Minister Edward Seaga, the government has announced.

It said no public social functions or official events should be held during the four-day period.

The Office of the Prime Minister, in a statement, said it is customary during an official period of mourning to curtail activities of a flamboyant or celebratory nature and to restrict engagements deemed noisy.

The conclusion of the period usually coincides with the end of the burial ceremony.

Throughout the period, the National Flag is to be flown at half-mast on all public buildings.

In instances where there is more than one flagstaff, the National Flag should always be raised on the right-hand side (left-hand as seen by the outside observer). Any other flag must be flown to the left of the National Flag.

The Official Code for the National Flag recommends that it be flown on public buildings, customarily from 8AM until sundown; a similar procedure would apply for the hoisting of flags on or at other buildings and locations.

The State Funeral for Mr. Seaga will be held on Sunday, June 23, beginning at noon, at the Cathedral of the Most Holy Trinity, located at 1 George Headley Drive in Kingston. Interment will follow at the National Heroes Park.

Leading up to the funeral, Mr. Seaga’s body will lie-in-state on June 19 and 20 at the National Arena in Kingston. Members of the public can visit the location between the hours of 11AM and 2PM to pay their respects.

Both Houses of Parliament will offer tributes in a special sitting on June 19, and a wake will be held at Tivoli Gardens Square on June 22.

Mr. Seaga, who was Jamaica’s fifth Prime Minister, died on May 28 on his 89th birthday in a hospital in the United States, where he was receiving treatment for an illness.

Advertise with us at an amazingly low cost, and send us positive news happening in your families and communities. WhatsApp or call 876-305-4574 or email jamaicabeaconnews@gmail.com.