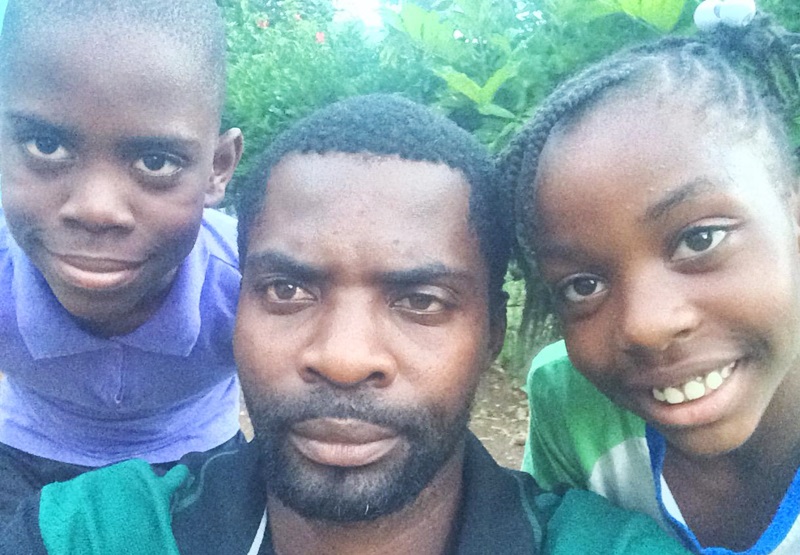 The rareness of Omar Campbell’s declaration that he is both the mother and father for his two children evoked an amount of laughter on both sides of the telephone conversation.

Omar, a 37-year-old resident of Lluidas Vale district in St Catherine, told The Beacon that he has been a single parent since he and the children’s mother broke up about six years ago. She eventually left the home and he told her not to even think about taking the children.

The elder child, Omarie, who wants to become a marine biologist, was five years old at the time of the separation. His sister, Tiara, who is an aspiring bank manager, was three years old.

Omar admitted that the task of single parenting has proven to be a challenge, but he does not regret taking it on.

“It is hard, but I have to try,” he asserted. “I am the father and mother for my children, so I have to try and make them comfortable. I am just trying my best to train them the right way, guide them and protect them.”

Omar further explained that he washes, cooks, irons, and does virtually everything of the sort for his children.

He noted that his effectiveness in the home is owing to the fact that, while he was growing up, his mother Blossom Gordon insisted that he performs chores around the home. He also learnt a bit from his father Jonathan Campbell.

Omar’s major difficulty over the years, however, is with combing his daughter’s hair.

“I wash it and bubbles it up yes, but it is not 100 percent good as when a woman duh it,” he told The Beacon, noting that he gets help from relatives and friends wherever he falls short.

Omar said residents of Lluidas Vale usually commend him for standing by his children, adding that some even shower him with special greetings on Mother’s Day.

With today being Father’s Day, however, Omar’s children are planning to give him hugs and kisses – something they can easily afford.

“I would give him a medal for being a good man,” said 11-year-old Omarie, who further told The Beacon that his father is a workaholic. Tiara, now eight, described her dad as ‘a very good person’.

Their father, who is not academically inclined, said he wants his son and daughter to have the best education possible. That’s the main reason he cuts people’s lawns and sells soup in the streets of Lluidas Vale.

“I hope to see them grow and take their education and try to be better, so they can grow up and help themselves and don’t have to struggle like me. That’s why I try my best to put them in school,” Omar said.

Teika-Gaye Comrie-Burrell, who teachers Omar’s daughter, told The Beacon that she admires the single father for the effort he exerts regarding his children’s schooling.

“He tries his best; he is a good father who looks out for his children and ensures he provides the necessary learning materials. He will go the extra mile for them,” the teacher said.

Omar, in the meantime, made this appeal for deadbeat dads to turn around: “I am just asking the fathers to unite and start taking care of their kids because, at the end of the day, they can pass the worse. You just have to put out the effort and energy and just do your best.”