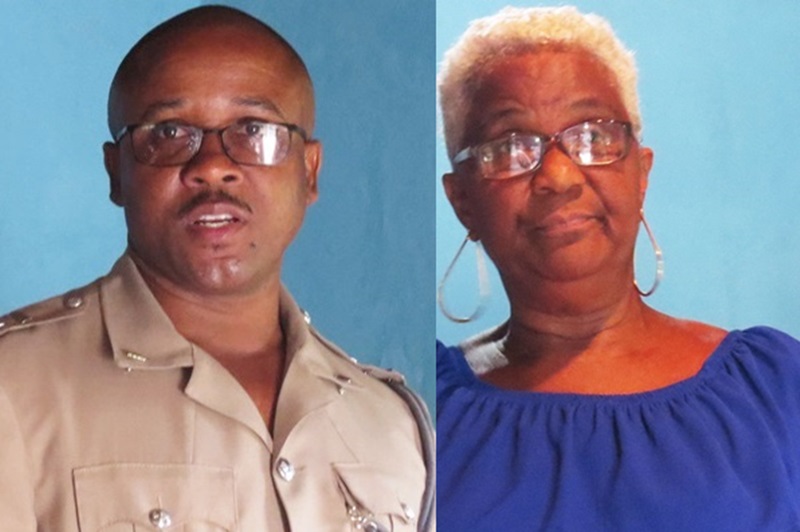 Retired school principal Rosalie McLean, along with senior cop Ishmael Williams, has appealed for young people in the Lluidas Vale area of St Catherine to refrain from idling, and to enroll at the skills training centre in their community.

During a public meeting hosted by the Lluidas Vale police at Pennington district on Sunday, March 31, Inspector Williams told adults in earshot: “The young girl that you have sitting at home and saying she don’t have nuh subject and cyaan duh nothing, let me tell you something, baby is not the alternative. It is to get yourselves qualified… Gentlemen, goh qualify yuhself.”

The senior law enforcer noted that, when one obtains a certificate in a particular skill area, one becomes more marketable – not only locally, but also overseas.

“Gone are the days when yuh seh country man nuh have nuh sense, and country man dunce. Hello, opportunity is there! You have doctors, lawyers, police, soldiers – everybody coming out of these [rural] communities now,” Inspector Williams further declared.

In the meantime, McLean, who is a Justice of the Peace and former Principal of Juan de-Bolas Primary School, said she is disturbed by the fact that more area residents are not enrolling in the skills training centre at Lluidas Vale.

“I am very disturbed sometimes to see the amount of young people who are not actively engaged in utilizing the NCTVET services there [at the skills training centre] in Shady Grove. When I was principal at the school, that was one of the things I encouraged the students to do,” she said.

“If you are not academically inclined – you can’t pass those CXCs, nothing is wrong with that. You can utilize the skill areas and make good money than we that are in the academics.”

McLean further reasoned that, as a result of the many ‘idle hands’ in Pennington, for example, there has been an increase in reported petty offences in that community.

“Satan finds work for idle hands to do. If you don’t get yourselves involved academically or skill-wise, you will have one of these police officers take you down to the new station [in Lluidas Vale],” McLean cautioned.

“The amount of incidents here [in Pennington] that sometimes go down to the Shady Grove Police Station; I am indeed ashamed. When I was a child here, these things were very minimal; we had fewer incidents of people going down to the station every minute.”

McLean, in the meantime, highlighted a number of success stories that have emerged from Pennington district, adding that she wants more of those – not others that have to be reported to the police for prosecution.

$20M worth of cocaine found