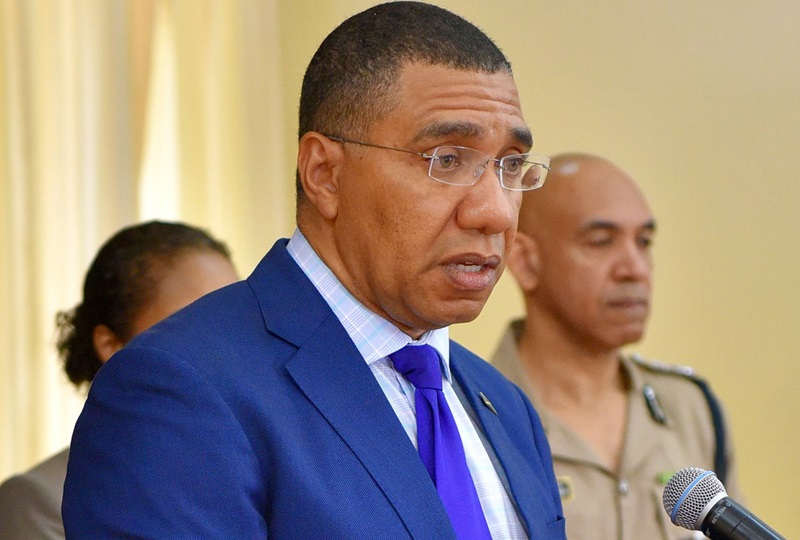 Prime Minister Andrew Holness has announced States of Public Emergency (SOEs) for the parishes of Westmoreland, Hanover and St James.

He, during a press conference at his Kingston offices this morning, April 30, disclosed: “After careful consideration and review of the crime statistics – in particular violent crimes which have been committed in some western parishes, the security forces have advised that the current situation would warrants the Government advising the Governor-General to declare/proclaim States of Public Emergency.”

“This proclamation shall, unless previously revoked, remain in place for 14 days or for such longer period not exceeding three months,” said the Governor General.

Meanwhile, Commissioner of Police Major General Antony Anderson gave reasons for the declaration of the SOEs.

He stated that, between January 1 and April 28 this year, 29 persons were murdered in Westmoreland; 27 in St James; and 18 in Hanover.

Last year, some 97 persons were murdered in Westmoreland; 84 in Hanover and 55 in the parish of St James.

Commissioner Anderson said: “The parish of Westmoreland was the most murder-dense place in the country [in 2018], followed by the parish of Hanover.

“If you look at what has happened since the beginning of 2019, you will notice that Westmoreland is ahead. Westmoreland is now leading; St James has gone up 70 per cent over where it was last year at this point; and Hanover is still significantly high,” he further said.

For his part, Chief of Defence Staff Lieutenant General Rocky Meade stated that, at dawn today, both the military and police force deployed their members to the parishes of St James, Westmoreland and Hanover.

The SOEs will give the security forces temporary additional powers, including powers of search, arrest and detention.

During the SOEs, the security forces will have the power to search, curtail operating hours of business, restrict access to places, and detain persons without a warrant.

Of the three parishes, only St James recently had a State of Public Emergency. It was declared on 18 January 2018, and ended on 31 January 2019 because the parliamentary opposition did not support a further extension.

Reasonable Force – Police fire back amid claim of abuse under SOE