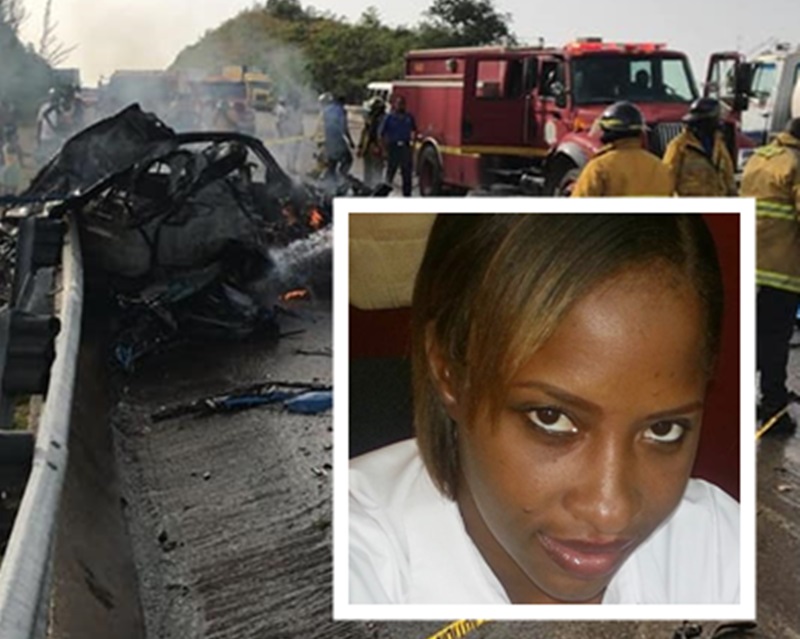 Police said Diandra Bravo is the woman who died in a fiery motor vehicle accident along Rio Bueno Bypass in Trelawny yesterday, June 28.

The 27-year-old, who is a sales executive from Montego Bay in St James, was trapped in her motor vehicle, which later burst into flames.

She was over-taking when her vehicle slammed into a Knutsford Express bus, said the Jamaica Constabulary Force (JCF).

It further explained: “Reports from the Rio Bueno police are that, about 4:18pm, Bravo was driving her Rav 4 motorcar along the roadway when she attempted to overtake a motorcar and collided into a Knutsford Express motorbus that was travelling in the opposite direction.”

“The Rav 4 was engulfed in flames. The fire brigade and the police conducted cooling down exercises. Bravo was taken to the morgue pending post-mortem,” added the JCF.

It further stated that 19 people who were in the bus received injuries. Their conditions, however, remain unknown to the police.

The JCF said investigations are continuing. (The photos displayed above were retrieved from Facebook.)