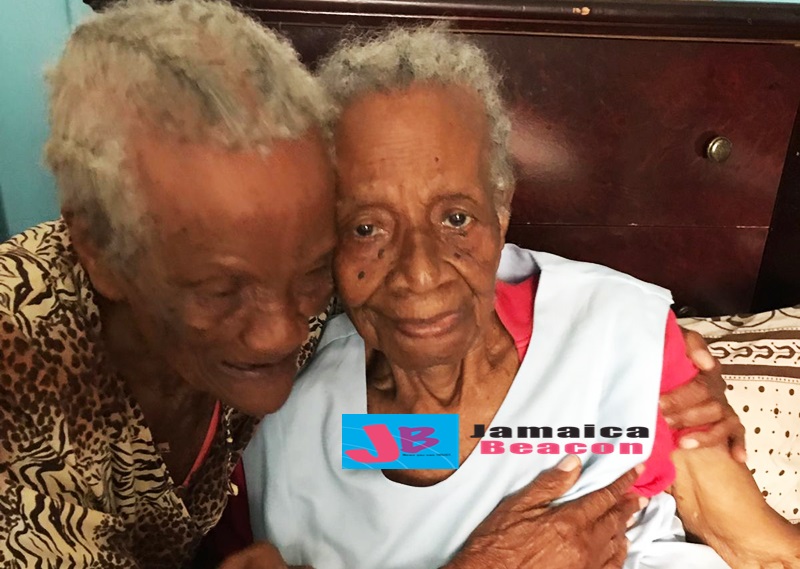 Two sisters originally from St Elizabeth were in a unique group of centenarians until this month when one of them, Mabel Brown-Gordon, also called Miss May, died at 104.

Her only sister, Vita Honeywell, also called Miss Vita, resides at Brighton district in St Elizabeth. She is 100 years old; born on 12 January 1919.

She, as shown in the amateur video below, is full of life.

“She has early dementia, and so can sometimes be challenging. Otherwise, she is very funny and vibrant; I love to be around her,” Douglas told The Beacon, adding that Miss Vita has seven children.

Douglas, in the meantime, is among nine children for Miss May, who passed away this month.

Six of Miss May’s children predeceased her. Her husband, Charlie Gordon, originally from Pennington in the Lluidas Vale area of St Catherine, also preceded her in death.

Douglas said her mother, Miss May, was a devout Christian, extremely strict mother, hard worker, and an unconditional lover.

“My mother loved people; she made friends out of no friends,” she asserted, adding that Miss May would have loved being remembered as a people person.

“Somebody called my mother a hero, and she really was a hero,” Douglas added.

She disclosed that Miss May, who lived in the United Kingdom from 1960 until July 1983, will be laid to rest on April 13.

The funeral service will take place at Brooklyn Church of God in Mountainside, St Elizabeth, starting at 1PM. Miss May will be interred in the family plot – also in St Elizabeth.