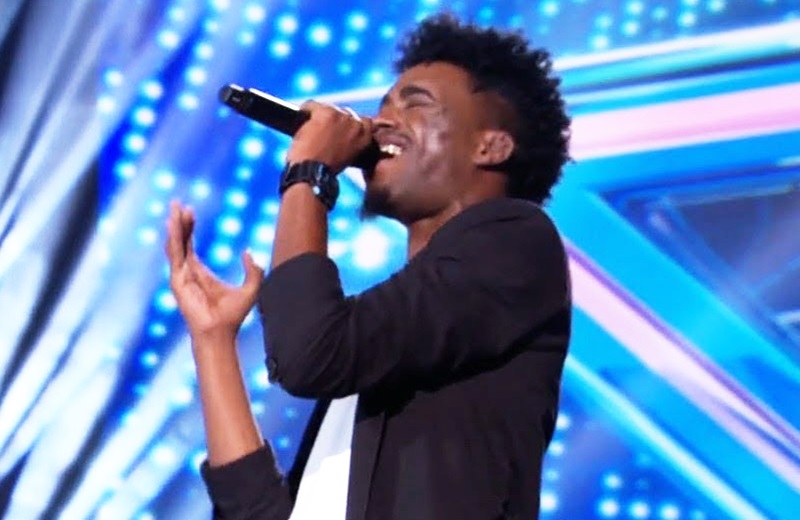 After impressing judges in the auditions and deliberations, Jamaican artiste Dalton Harris, who last night was commended for his ‘unbelievable vocals’ and showmanship, cleared another round in the X-Factor, United Kingdom.

He earned one of six available positions in the Boys category of the show during the Six Chairs Challenge aired last night, October 6.

The ‘Purple Rain’ hit, originally done by Prince and released in 1984, was the selection belted out by the 24-year-old.

When the final note faded, there was thunderous applause from the audience, and a standing ovation from all four judges – Ayda Field, Robbie Williams, Louis Tomlinson, and Simon Cowell.

Cowell, head judge, told the Jamaican: “Your personality, your passion, your showmanship; this was in a different league for me.”

Meanwhile, Tomlinson, who is in charge of the Boys category, said Dalton’s ‘unbelievable vocal’ has earned him a chair in the latest round.

Dalton, a former winner of the Rising Stars competition here in Jamaica, later expressed glee and gratitude. “I have no other words left in me,” he said, adding: “Thank you sooo much.”

He will next perform in the Judges’ Houses stage of the contest, where he will vie for one of three spots in his category. His direct rivals at this stage are Antony Russell, Armstrong Martins, Brendan Murrary, J-Sol and Thomas Pound.

The total number of contestants now is 24. This number will be halved in the Judges’ Houses, which will be followed by the live shows.