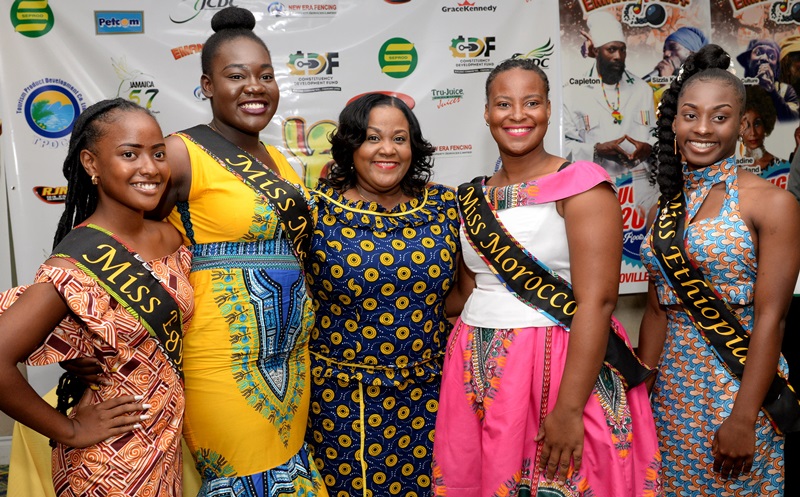 Thousands of Jamaicans and visitors to the island are expected to journey to the historic Sligoville community in St. Catherine on July 31 and August 1 for Emancifest 2019.

The 12th staging of the annual event, under the theme ‘Where freedom meets culture…Preserving our culture’, will take place at the Sligoville Multipurpose Stadium.

It will include a marching band display, crowning of Miss Emancifest, a celebrity mystery basket cook-off, and a church choir competition.

At midnight on Wednesday, there will be a re-enactment of the reading of the Emancipation proclamation, followed by the symbolic lighting of the freedom flames.

Speaking at a ceremony held recently at the Courtleigh Hotel in New Kingston, Chair of the Emancifest planning committee, Natalie Neita, said that the community-based event, which began in 2008, has grown over the years and is now attracting thousands of Jamaicans at home and in the diaspora.

“Over 20,000 patrons are visiting Emancifest every year. This little event, held in the hills of Sligoville, is attracting people from across Jamaica and the globe… . We recognise that people are coming from the diaspora every year just for Emancifest, and that’s a big deal for us,” she said.

Ms. Neita, who is Member of Parliament of North Central St. Catherine, noted further that the number of booth holders has increased from 15 to 40 exhibitors, with more persons expressing interest.

Jamaica Cultural Development Commission (JCDC) Eastern Regional Manager, David Reid, for his part, said that the agency is proud to be associated with the festival.

“The synergy between the JCDC and the Sligoville Emancifest is a natural one. Both the JCDC and Emancifest seek to have Jamaicans identify with their cultural heritage,” he noted.

Mr. Reid commended the organisers for ensuring the continued growth and development of the festival.

“Since its inception in 2008, we have provided project management for the event. We have watched it develop to a point where we have dubbed Emancifest the largest, safest, free, family-oriented community festival in Jamaica,” he noted.

Emancifest is organised by the Emancipation Festival Organising Committee on behalf of the Sligoville Heritage Foundation, in collaboration with the Jamaica Cultural Development Commission (JCDC) and a team of volunteers. It is free to the public.

The walls along Lemon Hall river