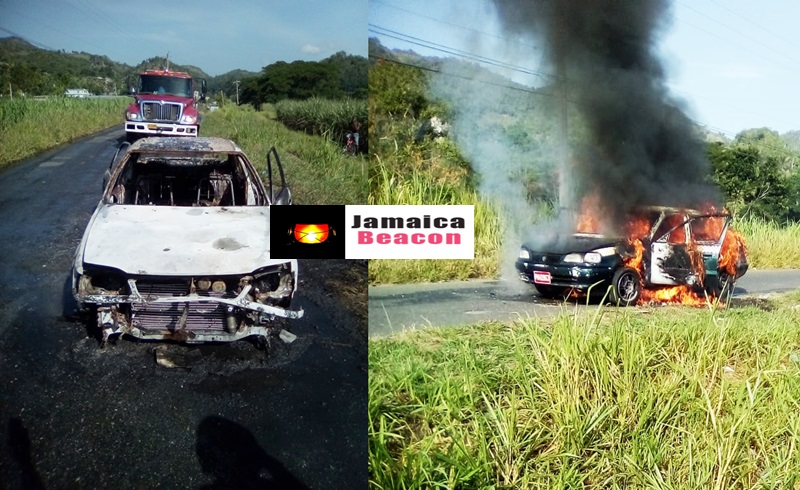 A taxi driver is thanking his lucky stars after the vehicle he has been operating for some eight years burst into flames this morning along the Camp main road in Lluidas Vale, St Catherine.

The driver, known as Johnny, said he was alone in the vehicle when he saw smoke emanating from the dashboard area.

“By mi fly the bonnett and disconnect the terminal, it just start to blaze faster and faster. Mi start throw water on it and use the fire extinguisher, but it just not cooling down. It get outa control,” he told The Beacon.

The taxi operator also claimed that he did his best to care and save the vehicle, adding that he managed to save documents.

“I feel bad about it to know is eight years now mi a drive and now this happen,” he added.

Meanhwile, owner of the taxi, Isaac Brailsford, is questioning whether the driver did enough to either prevent or control the fire.

Personnel from the Linstead Fire Station eventually went to the scene, but, by that time, the car was already destroyed.