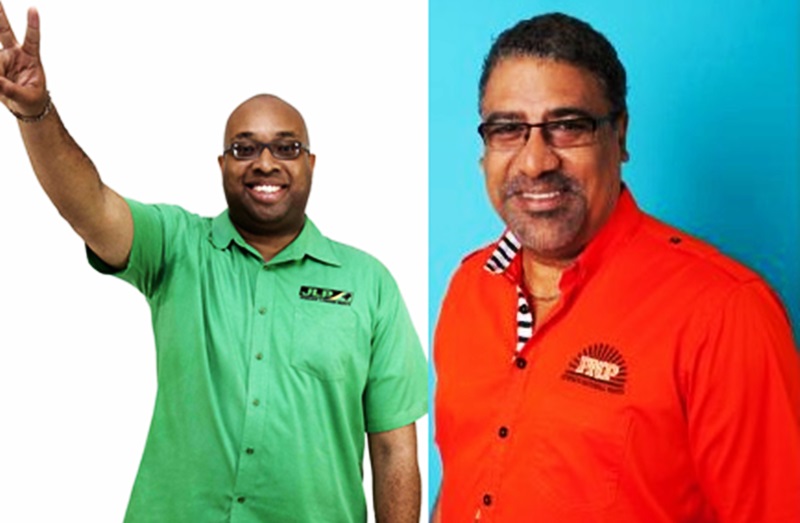 During a fiery verbal exchange at the sitting of parliament’s Public Administration and Appropriations Committee (PAAC) yesterday, Government parliamentarian Juliet Holness declared that Delano Seiveright is to become the ‘political opponent’ of Westmoreland West Member of Parliament Dr Wykeham McNeill.

Seiveright contested the last general election in St Thomas Eastern for the governing Jamaica Labour Party (JLP), but he left that seat after being trounced by Dr Fenton Ferguson of the opposition People’s National Party (PNP).

Since then, Seiveright has been on the political low while he executes his job as senior communications strategist for the government’s Tourism Enhancement Fund.

He has been under fire since yesterday when news emerged that he has racked up $8.9 million in travel expenses within one year.

The figure was disclosed by the PAAC chairman, Dr McNeill, who has been PNP Member of Parliament for Westmoreland West since 1997.

In the PAAC meeting, Dr McNeill also complained that the Tourism Enhancement Fund was undertaking projects in his constituency without his knowledge, adding that he was being undermined politically because Seiveright and other JLP members are employed to the Fund.

Government member of the PAAC, Holness, questioned whether Dr McNeill mentioned Seiveright’s travel bill because of the likely political clash between them.

“Is it because Delano Seiveright is going to be your opponent – political opponent?” Holness asked Dr McNeill, who did not respond.

The Jamaica Beacon has tried to contact Seiveright to ascertain whether he indeed is interested in being Dr McNeill’s political opponent, but his phones rang without an answer.

Floyd Green, who is Chairman of the JLP Area Council Four that includes Westmoreland, said a number of persons have indicated an interest in representing the JLP in Westmoreland West.

He however declined to say if Seiveright is among them.

“The most I would say is that we are actively seeking a suitable candidate. The process has started,” Green told The Jamaica Beacon.

“A number of persons have expressed an interest, so we will go through the process in relation to interviews and then selection committee and things of that nature.”

The PNP has been winning Westmoreland West since the general election of 1989.

Curfew imposed in Westmoreland after murders