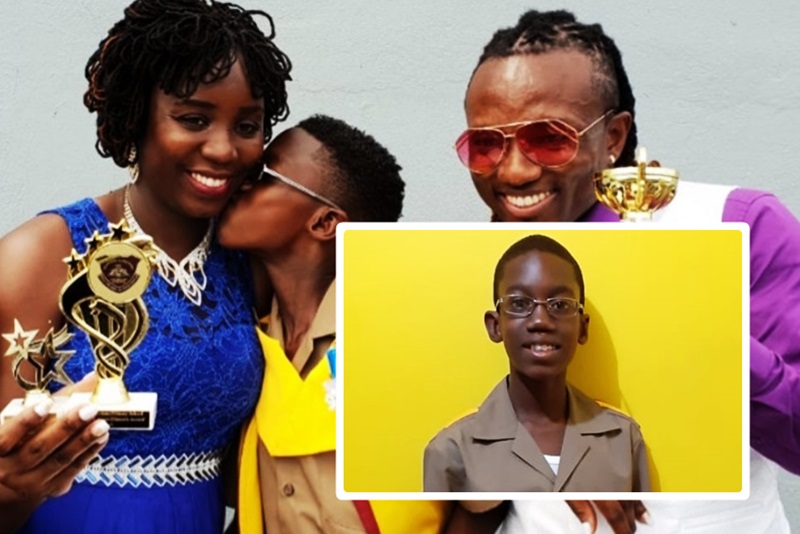 Dominic Brown started a new chapter this month in his quest for a sound education, which he hopes will one day help to catapult him to the nation’s highest political office.

“I want to become the prime minister to serve this country well,” he eloquently declared.

The former Head Boy of Seaview Gardens Primary School is as familiar with leadership as he is with academic excellence.

He constantly topped his class in academics, and represented his primary school in the Quest for Kids competition on national television.

His performance has earned him a spot at the prestigious Wolmer’s Boys School in Kingston – and he is loving it.

“I don’t like it; I love it,” Dominic declared. “The school is beautiful; the teachers are nice; the place is clean – everything about it is good; and there are a lot of activities to participate in.”

Dominic, who hails from the community of Seaview Gardens in Kingston, intends to continue studying hard at Wolmer’s, which he wants represent in School’s Challenge Quiz as well as his favourite sport – football.

His mother Dana Dodd; his step-father Kemarch Dodd; and his teachers have been the driving forces behind his success so far.

“I am extremely proud of my son,” the mother said, adding: “It wasn’t easy; he had to make a lot of sacrifices in order to achieve a high score in the PEP.”

The mother further told The Beacon that, because Dominic resides in a so-called inner-city community, she has to exert extra effort to ensure that he stays above the fray.

“I try to keep him on the inside most of the times and away from certain company; I try to keep him focused on his book,” the mother said. She is supportive of her son’s dream to one day turn around his island home.

By Horace Mills, Journalist (B.A. in Media and Communications; CARIMAC, University of the West Indies)

Man charged for robbery in his St Mary community

78-year-old suspected to have committed suicide

BOG WALK: Nephew in custody for death of uncle