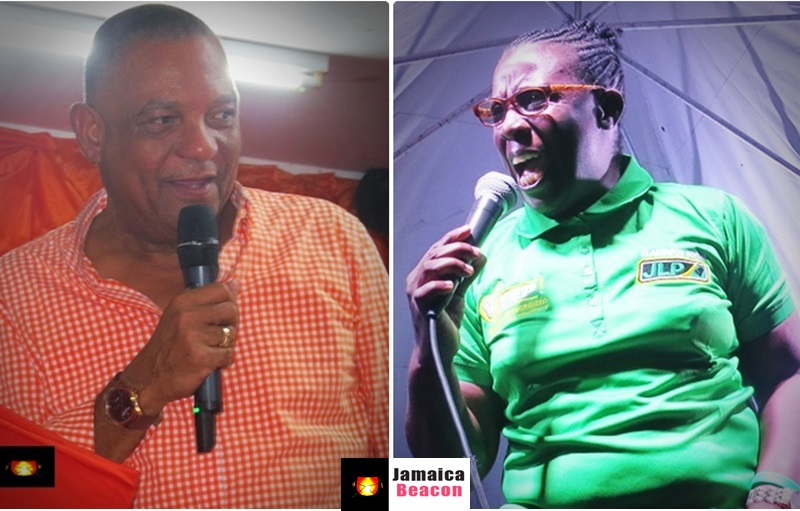 Member of Parliament for Clarendon Northern Horace Dalley has rebuked a Christian politician, Carlene Benjamin, who last week referred to his supporters as devils.

Benjamin, the Councillor for Palmers Cross Division in Clarendon, made the controversial comment on November 3 while addressing the Jamaica Labour Party (JLP) constituency conference in Clarendon Northern.

She told the JLP supporters: “March out because wi a promote war against di old PNP dem cause dem a devil!”

Supporters of the PNP have been offended by Councillor Benjamin’s reference to them as devils.

Their leader in Clarendon Northern, Dalley, did not miss a chance to express outrage when he hosted his constituency conference at Kellits High School on Sunday, November 10.

He told the gathering: “I watched the clip [with Councillor Benjamin’s reference to PNP supporters as devils], and I watched it over and over, and, as a man of God, all I could have said, ‘May the Lord have mercy on her soul’.”

Dalley continued: “I say to myself afterwards, a woman who professed to be a Christian, [Councillor Benjamin], should spend the rest of the year in sackcloth and ashes, and praying for forgiveness on her knees.”

I want justice for my son, Clarendon mom declares amid airport tragedy