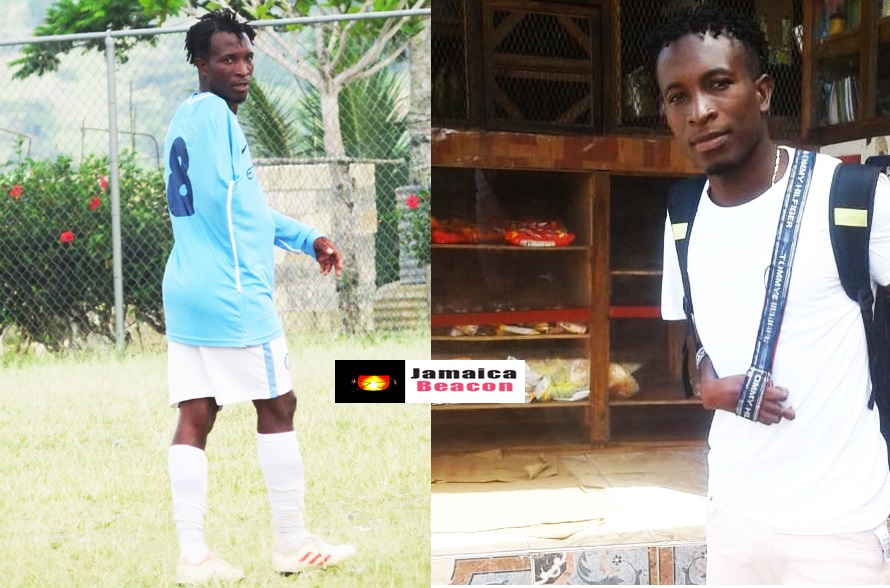 Andre Taylor’s life changed significantly when he was 12 years old and the bicycle he was riding crashed with a motorcar in the Vanity Fair area of Linstead, St Catherine.

He told The Beacon that he recovered from a month-long state of unconsciousness to find his right hand virtually useless.

“My hand is damaged from the shoulder down; its main vein is damaged. So, it is slim and it doesn’t function,” Taylor explained. “If you touch me on it, I feel it, but it doesn’t have the strength to fold the fingers or lift anything.”

Taylor, who is a 33-year-old resident of High Mountain district in Bog Walk, St Catherine, has found creative ways of coping not just with his physical shortcoming, but also with the discrimination he faces.

He, for example, resorted to raising pigs and chickens for a living after being shunned countless times by prospective employers.

He further said: “I can’t get a job because of my hand. For example, if I send in a résumé to any factory or wherever, they call me for the interview. When I show up, they let me do the interview, but I don’t get a call. Several times.”

Taylor thinks people are underestimating his potential – the wonders he can work with just one hand.

The Beacon met him this month at a semi-final football match in Croft’s Hill, Clarendon, where he played for Jericho Gunnaz in the Horace Dalley Insport Football League.

He looked impressive in central midfield.

That’s not surprising for a man who has been playing competitive football since he was 11 years old. He played for McGrath High School; he now plays in the Super League for TruJuice.

“I think I have a God-given talent,” Taylor asserted while explaining how he prevents his right hand from blocking him during matches.

“I put it under my shirt. If I don’t put it there, it would be swinging all over the place. The shirt helps to hold it down,” Taylor said.

He further stated that he would like to represent Jamaica in football or any other sport – preferably in the Special Olympics.

“One of my biggest dreams was to be on the disabled team, but it never seems to happen. I am a good athlete; I am a good sportsman.”

Taylor, who said he does not know how to go about making the Special Olympics team, also wants to fulfil his pre-accident dream of serving as a soldier in the Jamaica Defence Force.

He disclosed that he is on the verge of pursuing some CXC subjects, adding that the post-crash psychological turmoil he faced in school partly resulted in him doing less than academically desired.

Taylor has come a long way psychologically, and is hoping that one day his right hand will become functional again. If that doesn’t happen, he will just continue to be happy, active, and inspiring.

“Be strong and always remember you have to work twice as hard as a regular person in order to be competitive,” he declared when asked what advice he would give to other people who are physically challenged.