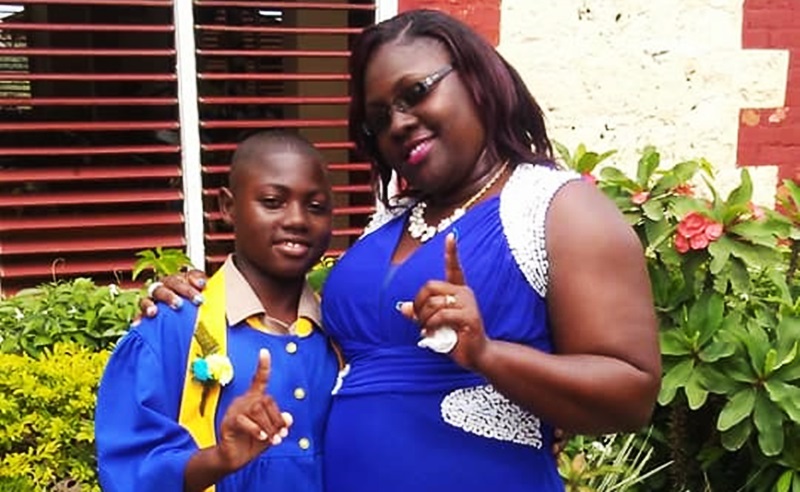 When they were seen together recently at the Jericho Primary School graduation in Linstead, St Catherine, it was difficult to not notice the striking resemblance.

Patrice Ashley-Cleghorn has become accustomed to it by now; people telling her how much her son Tajh-Orane Kevaughn McCalla resembles her.

Tajh-Orane, who will in September attend his mother’s old school – Charlemont High in Linstead, said he intends to become a world-renowned musician and athlete.

Those goals are not far-fetched, considering that his philosophy is ‘hard work brings success’, and he already is a standout in both fields.

He also represented his primary school well in football and cricket.

In relation to music, he started to play the drum at church when he was five years old, and he is now the drummer at Cheesefield New Testament Church of God.

Ashley-Cleghorn, who said her son is a very disciplined child, hopes he will remain that way.

“I must make recognition of his step-father Mr Robert Cleghorn, who has played a vital role in his upbringing. I couldn’t have done it without him,” the mother told Jamaica Beacon.

Tajh-Orane is a past-student of Jericho Primary, as well as Bourne’s Little Angel Pre-school and Nursery in Ewarton, St Catherine.

2 killed in stone-throwing incidents within weeks in St Ann