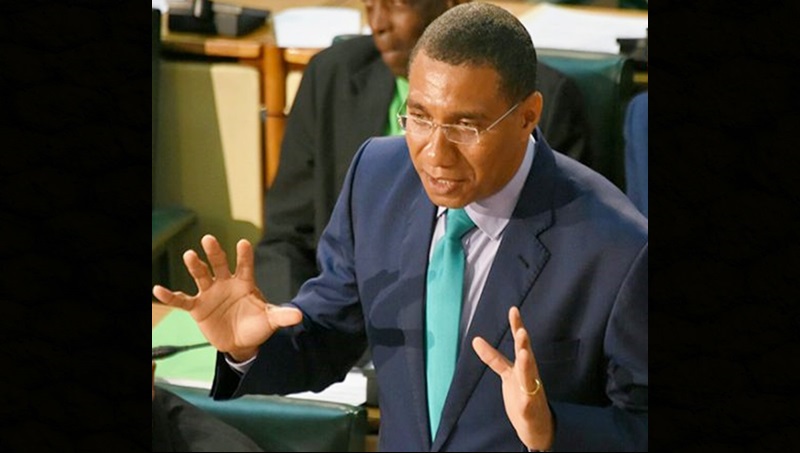 Prime Minister Andrew Holness said he has received information suggesting that there was nothing abnormal about the fact that a board his government partly appointed at Petrojam only had one physical meeting within a nine-month period.

Since that information was disclosed recently, the opposition People’s National Party (PNP) has been criticizing the current government and the board about the infrequent meetings.

The Jamaican members of that board, headed by Perceval Bahado-Singh, eventually resigned this month.

But Prime Minister Holness told the House of Representatives yesterday that, in 2014 when the PNP was in government, the then Petrojam board met only twice for an entire year.

The prime minister stated that, in relation to the board his government appointed, there was a difficulty convening physical meetings due to the unavailability of Venezuelans who also serve on the board.

Petrojam is owned by Jamaica and Venezuela.

“My understanding so far is that meetings have been called, but our Venezuelan partners have not been able to attend, and that explains some of the delays. When I looked at the historical record, sometimes for a year, there have not been meetings. We are getting that information, and we will make that information public as to how the board functions over the last five years.”

“I am gathering that it is unusual for us, but it is not an abnormal practice based upon the historical records of the board. In 2014, the board only met twice,” added the prime minister.

He further stated that, although the recent board did not regularly meet physically, meetings were held otherwise.

“Even though they didn’t meet physically, I am told that they had round-robins and that they met using video conference and Skype. That’s what I am told. This is to be verified,” the prime minister further said.

PM casts doubt on claims about residence, appointment of Bahado-Singh

State of emergency extended for 3 months in St Catherine North

Mobay vendor, barbers to get national honours for bravery