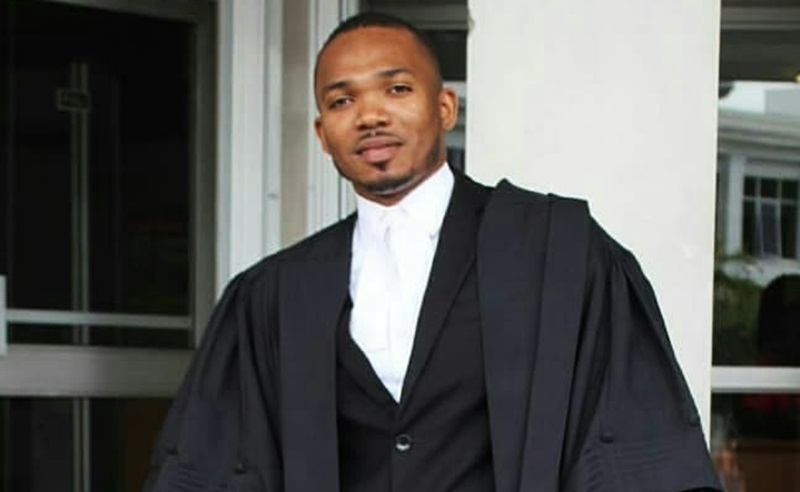 Things have come full circle for a proud mother, Mary Williams-Bartley, who was 16 years old when she dropped out of school to give birth to a child she named Alexander Shaw.

Shaw, now a 25-year-old native of Spanish Town in St Catherine, this week earned the right to practice law in Jamaica.

A stickler for education, he sent his mother back to school to complete the educational pursuit she aborted to give birth to him and to fend for her family.

“My mother believes in education albeit she has no formal education,” Shaw told The Beacon, adding that he was about 10 years old when his father Desmond Leopold Shaw passed away.

“When I lost my father in 2002, my life changed drastically. I was forced to attend school sometimes with little or no lunch money…

“I had no friend in high places, so I had to work twice as hard as the average law student. I hail from struggles, hardship, betrayal, discrimination – and the list continues,” added Shaw, a past-student of Spanish Town Primary.

After completing secondary school, Shaw halted studies for a year and taught Mathematics and Social Studies full time as a pre-trained teacher at his alma mater, Jose Marti Technical.

He later enrolled at the Mona campus of the University of the West Indies (UWI) where he attained a Bachelor’s of Law before he moved on to Norman Manley Law School.

Shaw stated that, while he studied at UWI, he was a full-time teacher at Jose Marti Technical.

He also had a relatively short stint as a lecturer at Knox Community College.

Shaw has been a lecturer at G.C. Foster College since 2017, and a tutor of Jurisprudence in the Faculty of Law at UWI.

He is now an Associate Attorney at Donald Bryan and Associates.

With those feats in mind, Shaw has accomplished his childhood dreams of becoming a teacher and a lawyer.

“Many inner-city youth don’t have a voice, and I wanted to be that voice,” he said in explaining his penchant especially for law.

He recalled injustices meted out to a number of poor and oppressed people around him.

“I can recount on many occasions police officers kicked off my father’s door and would drag him out the house disgracefully for simple offences like a marijuana spliff. This was not unique to him, but was the norm… At the hospital, these people were treated with scant regard. I was determined to assist people with justice,” Shaw declared.

He, in fact, has been a voice for the voiceless long before he became a lawyer.

From as early as 2008, Shaw became involved in a youth movement that helped young people in the Tawes Meadows area of Spanish Town.

He later became President of the Tawes Meadows Benevolent Society, and he also started an evening CXC programme.

“I got voluntary teachers who committed their time to teaching those who dropped out of school, but wanted better. I taught English and Social Studies. Many of the beneficiaries are doing well today,” Shaw told The Beacon.

He later served as Youth and Community Representative on a steering committee, which was linked to the government’s Citizen Security and Justice Programme.

“This committee was tasked with the dispensation of funds for the communities [that were part of the programme]. I would relate to them the struggles of the various communities. I was still working and studying full time whilst doing all of this. As a result, I earned a part scholarship from the Ministry of National Security,” the young scholar further explained.

He urged young people to steer clear of greed, and to understand that attitude truly determines altitude.

“Don’t get caught up with the glitz and glamour,” Shaw said.

“Nobody has to know you are poor; don’t use your condition as a means to seek attention. I never shared my story, but I believe doing so at this point will inspire others. Have strong morals; know what you are about. Don’t let others detain you with negative energy; know when to pull out of certain crowds.”

Shaw, in the meantime, is married to Sasha-Gay Grant, a teacher at Cedar Grove Academy in St Catherine.