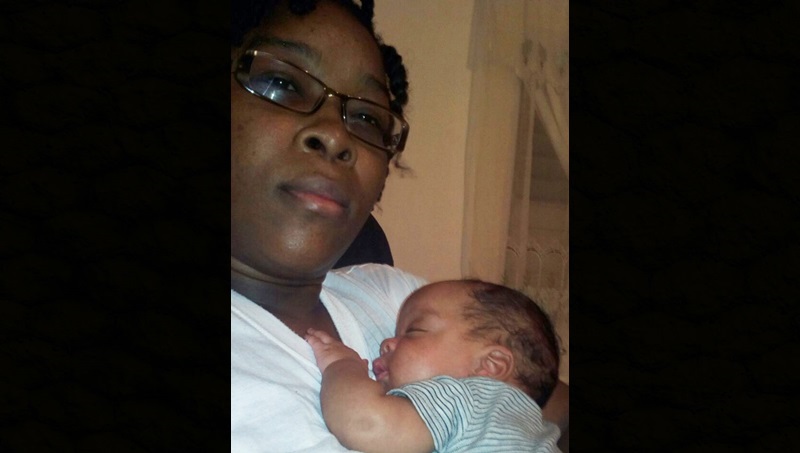 When her daughter died seven months after childbirth, Yvonne Taylor, who originally is from Lluidas Vale in St Catherine, assumed a big responsibility partly in memory of her caring daughter.

She made a solemn promise to ensure the baby boy, Nathaniel McKenzie, also called Nate, lives the best life possible without his mom around.

The one-year-old child, who already fought pneumonia, now faces another medical battle – which is the risk of becoming visually impaired.

“He has done four surgeries on both eyes. The right eye – according to the doctors, is hopeless. It is a touch-and-go for the left eye,” said the grandmother, Mrs Taylor, who noted that another surgery is scheduled for mid-July at Bascom Palmer Eye Institute in Florida.

That is likely to cost more than US$20,000 – a huge sum for a local family, which already spent a lot on medical bills, and on recent funerals for the child’s mother as well as two of his grandparents.

The surviving grandmother, Mrs Taylor, stated that, despite the huge bills, she will not give up on Nate, who weighed 3 pounds when he was born via cesarean section at Victoria Jubilee Hospital.

“I pray God don’t take me yet; I want to see Nate pass the worse,” she told The Beacon while the energetic child chimed into the conversation every now and then, trying to pronounce some of his grandmother’s words.

The grandmother continued: “It is painful and hard at times, but the good thing is that the little boy is so happy, it makes you feel happy too. He is very active and talkative. I feel that he deserves the best out of life. If it is not God’s will for him to have eyes, I accept it, but I want to do all I can to help him.”

HOW YOU CAN HELP: To help Mrs Taylor help her grandson, you can CLICK HERE to donate through the established GoFundMe account.

The family, in setting up the said account, also wrote this explanation:

Being a diabetic, Cindy Taylor-McKenzie knew not what to expect when she found out she was pregnant.

One thing for sure, she was over the moon being previously told by doctors that she wouldn’t live past 25 years old let alone conceive. Her faith multiplied knowing she had overcome before and so could do it again.

The pregnancy went smoothly until at 30 weeks gestation she was diagnosed with preeclampsia.

Trying to control the condition was not an option as it was conflicting with her health. Doctors quickly decided to take the baby and on October 20, 2017, Nathaniel was born via cesarean section at the Victoria Jubilee Hospital weighing 1.39kg (3lbs).

Nathaniel was diagnosed as having Respiratory Distress Syndrome and was immediately put on CPAP(breathing apparatus). During his one month stay at the hospital he was also treated for neonatal jaundice.

Nathaniel’s first eye examination revealed he was experiencing retinopathy of prematurity (ROP), a disease where abnormal blood vessels grow in the retina which can eventually lead to blindness. Some cases of ROP are mild and correct themselves, but others require surgery to prevent loss or blindness.

Treatment commenced soon thereafter as Nate’s first cryotherapy on the left eye was done on December 20, 2017.

After careful examination by the team of doctors at the University Hospital of the West Indies (UHWI), Nate underwent his second cryotherapy and scleral buckling (a procedure where a band is wrapped around the side of the eye to force the retina to remain in place) on the left eye on January 4, 2018.

The eye situation proved to be problematic and a third surgery was required. On January 17, 2018 Nate did another cryotherapy and scleral buckling but this time on the right eye.

As it stands now, though the left eye has been corrected the doctors can’t say how long it will last. Surgery on the right eye was unsuccessful. Due to the lack of equipment to test for sight doctors are not sure if he can actually use the eye.

Cindy, Nate’s mother, continued to battle with her illness during this trying period for her son. Her struggle with diabetes lead to her going into a coma from which she never recovered. She passed away in early June; Nate was only 7 months old.

Nate has been progressing otherwise under the gentle and loving care of his grandmother and father, but his eye situation persists. To this end we are reaching out for your assistance in getting Nate to the USA where a team of doctors has agreed to review his case and see where they can help.

Ewarton resident murdered in Trelawny to be buried next month