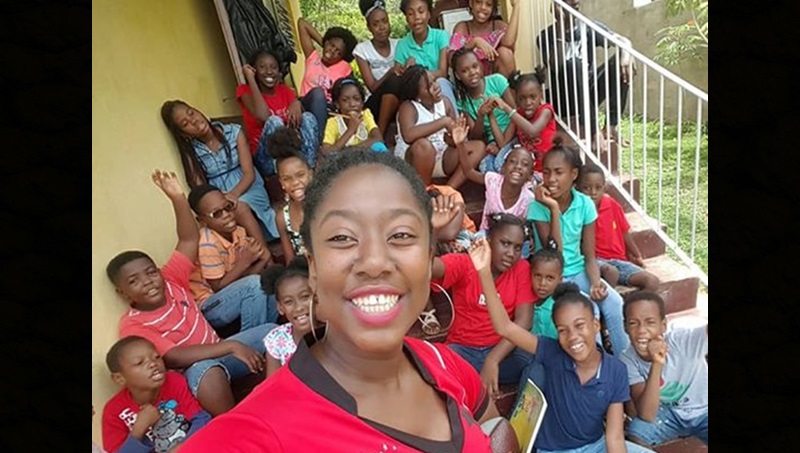 Kacharna Bailey, who is pursuing a Bachelor of Medicine and Bachelor of Surgery in China, always wanted to make a positive difference in her native Farm Town community, located in the Discovery Bay area of St Ann.

The summer holiday presented a grand opportunity, which she grabbed with both hands, hosting a three-day summer school for 42 children, who learnt more about the Bible, languages, mathematics, art, and environmental conservation.

“The idea was to be a positive influence on the children’s lives instead of complaining of all the negatives that they are involved in,” said Bailey, who is now in Jamaica completing a part of her final-year studies.

She further told The Beacon: “Since I have been back, I have been making observation of various aspects of our children – the morals, the discipline and the academics. I want to be a part of the positive influence on their lives.”

Bailey is hoping that the event will become an annual or biannual one.

“I believe it had a positive impact on the children,” she added. “As a child, I myself attended similar events, which I think helped to cement a solid foundation for me.”

Bailey noted that she is impressed with the number of people who eventually showed up to help her make the event a success.

They included her sister Veta Ann Patten, members of Farm Town Tabernacle Church, and members of the Discovery Bay Roman Catholic Church where she worships.

Bailey explained: “My church is not within the community and, since I wanted to do this for the community, I approached the leaders of the Farm Town Tabernacle Church which is very central to the area. They welcomed me to use their church and even informed members to be present to assist with the children… It was good to see other young adults positively engage the teens.”

Bailey also stated that members of her church volunteered to be teachers while others donated cash in order to provide cooked lunches and stationery for the children to use during the three-day period.

Norman Hinds gives back to community in St Thomas

Linstead resident among 2 killed in crash in St Mary