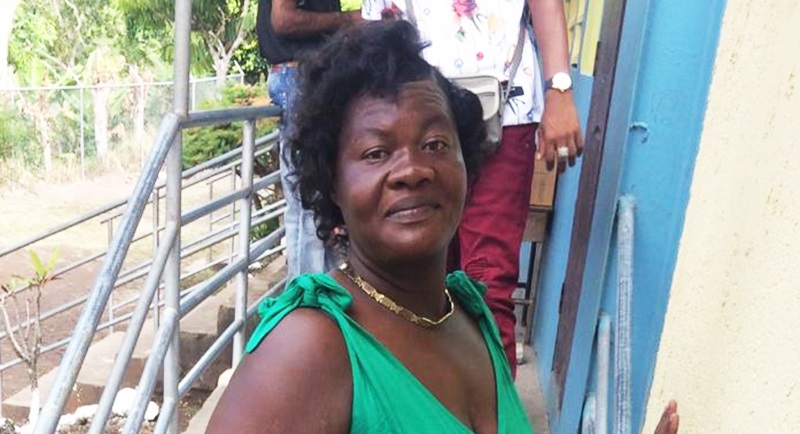 A number of people in and around Lluidas Vale district, St Catherine, have been expressing shock and grief about what appears to be the sudden death of a 36-year-old female resident.

Delores Davis, better known as Miss D, died at Linstead Public Hospital some time after 5 o’clock yesterday afternoon, July 16. She lived at Union district, but is originally from the community of Pennington – both in the Lluidas Vale area.

Her common-law husband, Cornel Brown, who has a mild mobility impairment, spent much of today wondering how to proceed without the mother of his two children – his lover for some 20 years.

Mr Brown told The Beacon that, due to his mobility issues, Delores was the main breadwinner for their 16 year-old daughter and 12-year-old son.

Delores, who was employed to Worthy Park Sugar Estate in Lluidas Vale, was busy having her son registered at his new school, not knowing that she wouldn’t be around to complete the process.

Mr Brown explained that Delores, who did not attend work on Monday, July 15, did not show any sign of illness until shortly before dawn on Tuesday when she started to make frequent trips to the bathroom.

She, at that time, reportedly complained about belly pains and other experiences usually associated with the menstrual cycle. She even sent to the shop to purchase items she thought would have helped.

As the day progressed, however, Delores’ condition worsened.

Mr Brown further told The Beacon that his family became concerned, and encouraged Delores to visit the doctor, but she declined – insisting that she probably was experiencing menstrual pains.

Mr Brown stated that there is no truth to claims that his common-law-wife was ill for days, adding that he is not aware of her being pregnant.

In the meantime, Shirley Davis, sister of the deceased, is convinced that Delores would not have died if she had received earlier medical attention.

She explained that she was at home in Pennington district when Delores, who lives a few miles away, telephoned her minutes after 8AM to complain about feeling unwell.

Shirley said she was oblivious to the seriousness of Delores’ condition, and so she resumed work when the telephone call ended.

She further explained that, about 2PM yesterday, someone visited her to state that Delores was at home dying.

That information prompted Shirley to visit the Union residence that Delores shared with her common-law-husband and her in-laws.

Shirley, along with other persons, eventually accompanied Delores to Linstead Public Hospital.

“When my sister in the hospital, they (hospital staff) said the blood count in her was very very low; they run test and couldn’t find her vein,” Shirley told The Beacon. “They run more test on her and find out that her pressure gone up; it buck. That was it. My sister have shortness of breath, but they still put the oxygen on her.”

Shirley, along with Delores’ common-law-husband and in-laws, spoke highly of the deceased.

“You can always call on her to help; she was a very good person,” said Sarnia Brown, an in-law with whom Delores shared the same household. Sarnia was also at Linstead Public Hospital at the time Delores died.