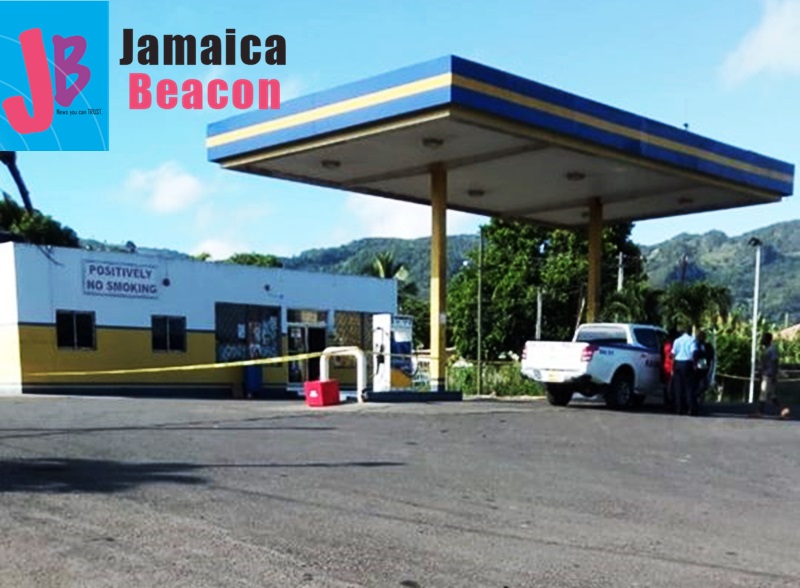 Less than a week after gunmen invaded a party and robbed residents of phones and cash, criminals again struck in the heart of Lluidas Vale in St Catherine North West.

They cut the metal bars securing the only gas station in the rural town, removed a piece of glass, and took a number of items said to include liquor, cigarettes and money.

At publication time, police officers were still on the scene, which they cordoned off with yellow tape. The crime unfolded overnight.

In an adjoining community, Top Hill, located in the Lluidas Vale police area, gunmen also shot and killed a deaf mute man, Omar Newton, during a robbery on January 13. Another man was shot and wounded in that incident.

Some residents told The Beacon that the Lluidas Vale area is being targeted partly because the police have been relocated to a remote area of the district. Their usual base in the centre of the small town has been demolished. It is being replaced with a new station, which the Jamaica Constabulary Force has been constructing for nearly two years. The project initially was scheduled to be completed in November last year.

Lluidas Vale, along with other communities in the St Catherine North Police Division, have been under a state of public emergency since March 18.

MP says law against abortion is not, in any way, preventing abortion