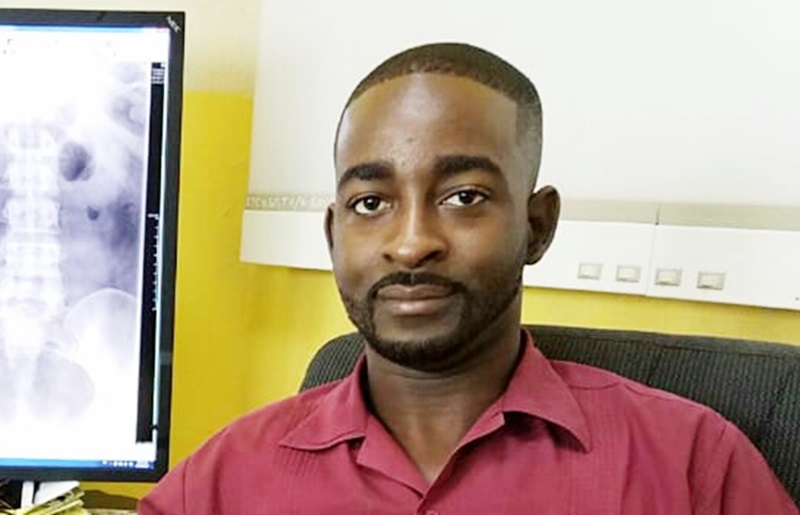 Andrew Robinson has been awarded the prestigious Chevening Scholarship, which will fully fund his pursuit of a Master of Science degree in Cancer Biology and Radiography Physics at the University of Manchester.

As he embarks on this ambitious trip to England, the 24-year-old cannot help but reflect on growing up under tough financial circumstances in the Riversdale community of St Catherine.

He was raised by a single mother, Beatrice Tulloch-Robinson, who worked as a cleaner attendant to make ends meet. She was pregnant with Andrew when her husband, Clyde Robinson, died of natural cause.

“I grew up financially challenged,” Andrew told The Beacon.

He added: “The thought of wasting my mother’s hard earned money was my impetus to perform well in academia… I knew what I wanted out of life, and the only way to get there was through education.”

He, last year, obtained a Bachelor of Science in Diagnostic Radiography at the University of the West Indies.

Andrew noted: “Demonstrable financial need, community involvement, and good academic performance allowed me to get some of the most competitive scholarships through university.”

He, post-university, worked as a Medical Imaging Practitioner (Radiographer) at Spanish Town Hospital.

Andrew also tutored Mathematics to high school students in his community, and served as a part-time teacher of CAPE and CSEC Chemistry at Enid Bennett High School.

The young scholar is optimistic that, at the end of his one-year stint in England, he will be equipped with the skills needed to conduct cancer research.

He will be adept in Radiography, Radiotherapy, Cancer Biology and Medical Physics.

“This will make me one of the most rounded Imaging Clinicians in Jamaica, being able to function competently across all Imaging disciplines,” Andrew explained.

His interest in cancer research is partly grounded in experience.

“My cousin died of breast cancer while I was in high school,” Andrew told The Beacon, adding that the situation was compounded by financial challenges and the unavailability of cutting-edge technology (Linear Accelerators) in Jamaica.

Andrew argued that about 3,200 people die of cancer annually due to a shortfall in both cancer training and technology on the island.

He said: “Jamaica has now acquired two Linear Accelerators (ultramodern treatment option), which has replaced the much older Cobalt-60 units.

“It is unfortunate, however, that the government has to recruit foreigners to operate in these new centres. The expertise I will gather from my area of study is what Jamaica needs,” Andrew declared.

His passion in the field of cancer research and treatment reflects an innate interest in leadership and the well-being of people.

Andrew is past Director of the powerful Give It Initiative, which donated items of clothing, food and stationery to more than 600 residents in the Kingston metropolitan area.

He is a former Deputy Head Boy of Enid Bennett High School, and a former prefect at St Jago High.