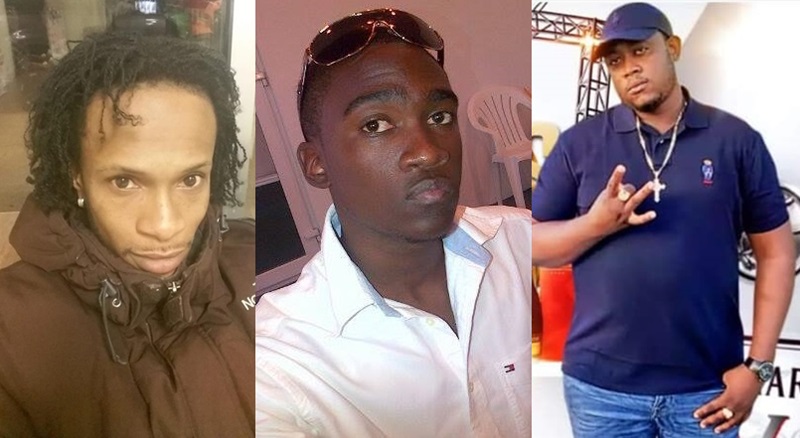 Members of a family, who on Sunday buried a loved one that died tragically last month, are again grieving after another tragic episode.

The latter tragedy unfolded on Saturday night, April 27, while cops were engaged in a running gun battle with three gunmen who later turned out to be police officers. During that chase, the white Nissan AD Wagon in which the criminal cops were travelling, reportedly crashed with a grey Nissan AD Wagon at the intersection of Brunswick Avenue and Jobs Lane in Spanish Town, St Catherine.

The grey Nissan with which the criminal cops reportedly crashed was occupied by a group of civilians, including two Burrell brothers.

The brothers were heading to a nine night that was being held in Linstead, St Catherine, for their first cousin – Kevar Burrell, who died last month in a truck incident at West Indies Alumina Company in Ewarton, St Catherine.

The Burrell brothers, along with other occupants of the family car, allegedly were injured when their vehicle crashed.

One of the brothers – Kevron Burrell, who was the driver, was later shot.

He eventually died. His brother is still in hospital.

There are conflicting reports as to how Kevron, who was in the island to attend his cousin’s funeral, ended up being struck by bullets.

Some persons claimed that he was caught in the crossfire between the two warring groups of cops.

However, members of his family said the law enforcers who were chasing their criminal colleagues are the ones who shot Burrell – seemingly in error – after the aforementioned gunfight subsided.

The family further claimed that the girlfriend of the deceased was almost shot, but she begged for her life.

Three days after the incident, the Jamaica Constabulary Force, in the meantime, is yet to formally give even a summary of what happened. That has caused widespread speculation in both the traditional and social media.

HOW THE INCIDENT STARTED

Reports are that the movie-like tragedy started to unfold shortly before midnight on Saturday, when the three criminal cops mentioned earlier allegedly murdered party promoter Sheldon Daley, also known as Junior Biggs. He was shot in the area of Chedwin Park Cricket Club in St Catherine.

While the criminals tried to flee the murder scene, an off-duty officer saw them and engaged them in a running gunbattle. He eventually got help.

The chase ended in Spanish Town where the vehicle carrying the criminal cops reportedly crashed with the one transporting the Burrell brothers.

One of the three criminal cops was shot dead and another taken into custody; the other reportedly escaped. Law enforcers seized a number of items, including a police logbook and five guns from their criminal colleagues.

The Independent Commission of Investigation, in the meantime, is among agencies probing the incident.

Elderly woman dies after being set ablaze in St James