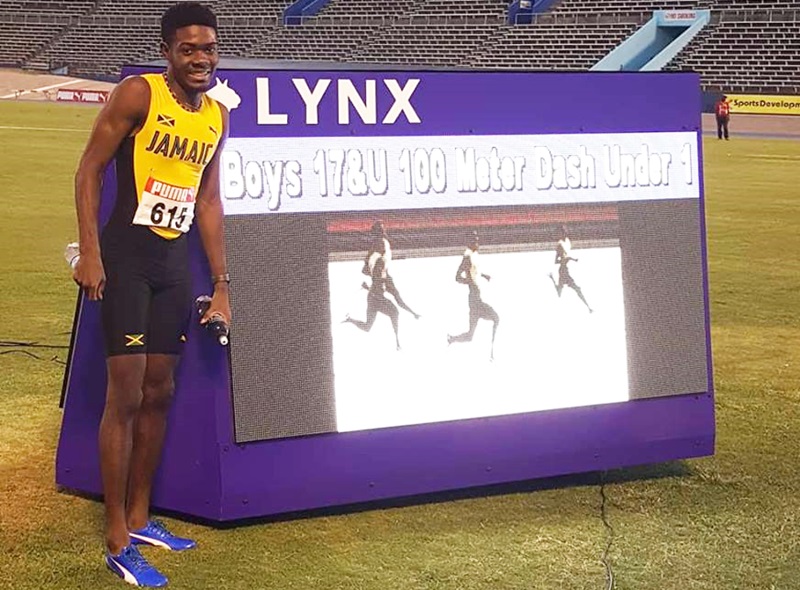 It has been a month of record-making performances by schoolboy Christopher Taylor, who yesterday equaled Jamaica’s national junior record that Yohan Blake set at the CARIFTA Games in 2007.

The Calabar High School student clocked 10.11 seconds when he equaled the record in the 100 metres – an event he rarely runs, considering that he places much more emphasis on the longer sprints.

The race, held as part of the Jamaica Athletics Administrative Association’s Under 18 Invitational inside the National Stadium, involved all Jamaicans.

Michael Stephens finished second with 10.54 seconds, Orlando Bennett third with 10.71, and Tyreke Wilson fourth in 10.72. Sachin Dennis did not finish.

The win by Taylor comes a few days after he went below 45 seconds for the first time in the 400 metres, beating a field of senior athletes to break the national junior record of 44.93 seconds set by Akeem Bloomfield. He ran 44.88 seconds in that 400 metres race on June 24.

Taylor has been on an unprecedented high since May when he triumphed over a field of senior stars in the 200 metres at the Jamaica International Invitational IWC Meet. He, at the time, beat former 400-metre Olympic champion Lashawn Merritt from the United States. Taylor ran 20.49 seconds ahead of Merritt’s 20.60. Anaso Jobodwana from South Africa was third.

WORLD CUP: Uruguay knock out Portugal 2-1, to meet France next

Golding fears disunity, tells candidates in VP race to be like Bunting

Man charged for brutal crimes against women in Spanish Town