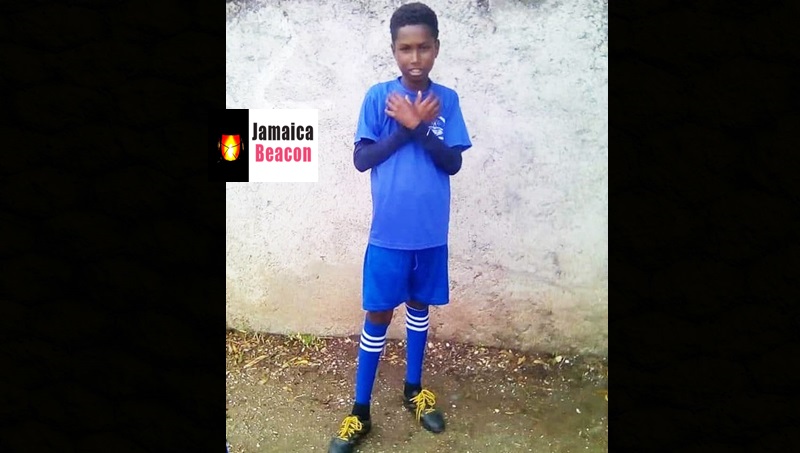 Residents of Payne Avenue in Kingston 11 have accused the Hunts Bay police of not doing enough to protect them despite a series of incidents, including the murder of a child and the wounding of his relatives shortly before 8PM yesterday, June 8.

The child shot dead is 12-year-old Dujon Dacosta, who attends Tavares Gardens Primary School, and who is pictured above.

Highly placed sources told The Beacon that the gunman entered the community in a vehicle and saw the group of relatives, as well as a male family friend, sitting on a bench at a gate in the vicinity of Haile Selassie High School.

Reports are that the gunman later shot Dujon in the head at close range.

He then turned the gun on the group of relatives, shooting Dujon’s mother in the back, his aunt in the foot, and his 19-year-old male cousin in the mouth.

The three wounded people are in hospital.

The JCF, in the meantime, said persons with information about the incident should contact the Hunts Bay Criminal Investigations Office at 876-923-7111 or Crime Stop at 311.

The JCF, through its Corporate Communications Unit, issued a press release about the incident to all media houses minutes after The Beacon made certain enquiries.

Residents however accused the police of generally covering up the crimes that are being perpetrated in the area.

“The police dem hiding too much of what going on in Payne Avenue; things happening and yuh never hear it on the news,” one resident claimed, adding that a man was also shot in the area last week Monday.