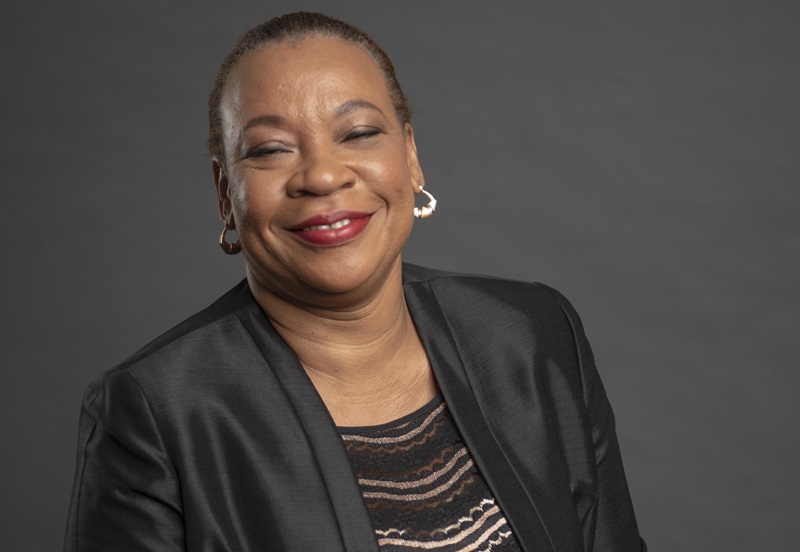 She started out as a typist in the public service, and climbed to the leadership of two most powerful government entities in St Ann.

Fabia Lamm, this month, topped off her professional feats when she outclassed four contenders to be declared All Island Boss of the Year. “I am really proud to have been recognized in this way,” she told The Beacon.

Lamm attributed her latest win partly to the team she now leads as Regional Director at the North East Regional Health Authority (NERHA), which manages the public healthcare system in St Ann, St Mary and Portland.

She stated that, although she is the undisputed boss at NERHA, she sometimes finds it necessary to follow. “A boss has to know how to lead, and at the same time understands when it’s time to follow,” she posited.

Lamm’s professional journey started as a steno-typist with the Ministry of Labour and Social Security in her native parish – St Ann.

She subsequently was transferred to St Ann’s Bay Hospital, where she spent four years working as Secretary to the Chief Executive Officer.

Lamm, however, felt an urge for change. She migrated to Kingston, where she channeled her expertise into a family-owned business venture.

She also obtained certification as an administrative professional.

St Ann later beckoned. “Having done two years in the bright-light big city, I felt homesick; it was time to go back home,” Lamm said.

She responded to an advertisement in her home parish, and eventually landed a job there; this time as Executive Secretary at the state-owned St Ann Development Company (SADCO).

On 1 April 2000, SADCO promoted her to the post of Manager at Green Grotto Caves in Discovery Bay, St Ann. The attraction went on to achieve various international recognitions before Lamm resigned in March 2014.

The go-getter’s journey next took her to NERHA, where she has been Regional Director since 1 April 2014.

She obtained a Bachelor’s degree in Management Studies (First Class Honours), a Master’s degree in Tourism and Hospitality Management (Distinction), and a Post-Graduate Diploma in Education Administration – all at the University of the West Indies (UWI), where she once lectured.

Her penchant for academics and nation building runs in the family.

Her late father Huklyn Lamm was a chemist and mechanic in the sugar and bauxite industries; her mother Winnifred Lamm worked with the Ministry of Labour and Social Security for over 40 years; her brother Craig Lamm teaches at Ocho Rios High School; and her other brother in education – Dr Andrew Lamm – is an Assistant Professor at the University of Technology. She has a third sibling, Marlon Lamm, who lives in the United States.

Lamm, in the meantime, has done her fair share of volunteerism.

She previously served on various tourism-related boards, and is now on the Board of Governors for Ocho Rios High School, Brown’s Town Community College, and the privately owned St John’s Prep School in Ocho Rios.

Lamm also contributed significantly to the St Ann Chapter of the Jamaica Association of Administrative Professionals, which she served in various capacities, including President.

The current President, Marilyn Wisdom Garrick, said Lamm touches the mind, heart and soul of everyone with whom she comes in contact.

“Miss Lamm is responsible for my personal and professional growth and development. Today, I can be rated among the best administrative professionals; thanks to Miss Lamm for believing in me,” she added.

Garrick also noted that Lamm is the first past-president of the St Ann Chapter to have won the prestigious All-Island Boss of the Year title. She, in 1999, also was adjudged Administrative Professional of the Year for St Ann.

Lamm, an Anglican, ultimately wants to be remembered – not necessarily for the prestigious awards she has accumulated, but for her goodwill.

“In my work life, I have been blessed with people who have not been so insecure that they weren’t willing to teach,” she told The Beacon.

“I want to be remembered as someone who is always encouraging my subordinates, always listening to them, and always pushing them to be the best of who they can be,” she further said.