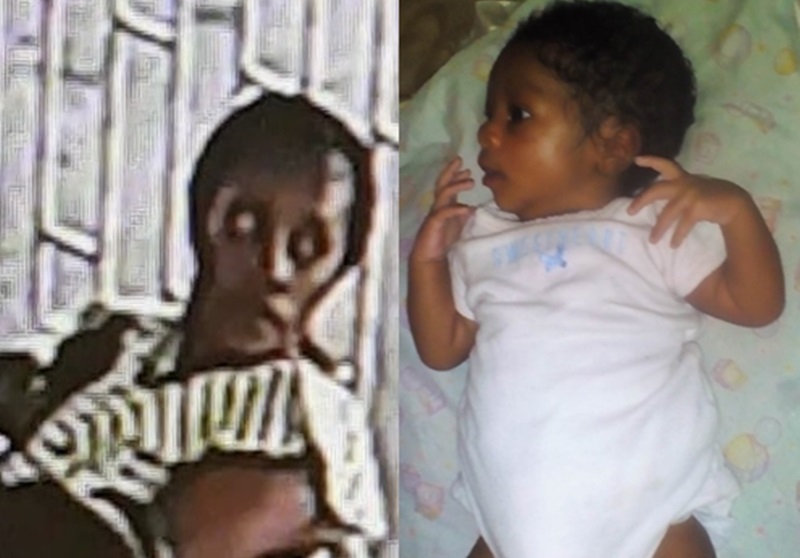 The Montego Bay Police in St James are seeking the public’s help in locating a missing baby girl and a woman suspected of stealing her from the parking lot at Cornwall Regional Hospital in the parish yesterday, January 4.

The baby, who is three weeks old, is of brown complexion. She was wearing a pink outfit with pink and black socks at the time she was taken.

The Jamaica Constabulary Force (JCF) said the suspect, who is pictured above along with the baby, is of brown complexion, medium build and is about 168 centimetres (5 feet 6 inches) tall. She was wearing a wig and a multi-coloured dress at the time she stole the baby.

The JCF said: “Reports are that the mother of the child was at the facility for an appointment when she was allegedly befriended by the suspect. About 1:50pm, they both left the pharmacy at the hospital and ventured into the parking lot.

“The child’s mother reportedly left the baby in the care of the suspect to use the restroom and, upon her return, neither her child nor the woman was seen. The police were summoned and an investigation commenced.”

The JCF further stated that persons with information about the child and the suspect should contact the Montego Bay Police at (876) 979-8452, police 119 emergency number or the nearest police station.

Over 16,000 Jamaicans get work in US, Canada last year