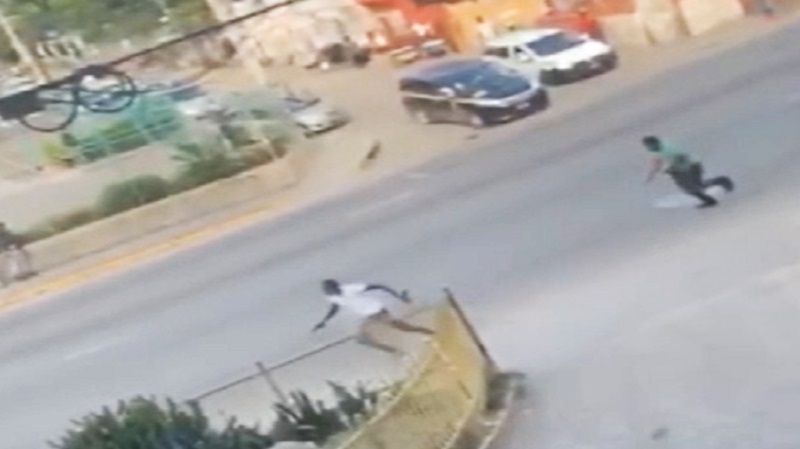 The Jamaica Constabulary Force (JCF) said a gunman is in custody and a firearm has been seized, adding that another gunman is being sought for the deadly gun battle that unfolded yesterday in Half Way Tree, St Andrew.

It added that five people received gunshot wounds during the melee. One of them has died.

The JCF said: “The incident, which occurred approximately 5PM, started at a plaza on Constant Spring Road and continued onto Courtney Walsh Drive.

“An off-duty policeman and another officer who saw the incident intervened, and apprehended one of the assailants. A firearm was also taken from him. The injured persons were taken to hospital where they are receiving treatment,” added the JCF.

It stated that anyone knowing the whereabouts of the other gunman involved in the running gun battle should contact the Half Way Tree Police at 876-926-8185 or 876-926-2551, police 119 emergency number, Crime Stop at 311, or the nearest police station.

DNA confirms baby stolen from hospital in Kingston is found